Posted on 09/14/2016 by Fluid Power Journal in Features, Intro to Hydraulics 0 Comments

Unloading a Pump that Drives a Single Actuator

Fig. 1 shows the use of a tandem or an open-center directional valve to unload the pump. This simple solution is adequate for a pump that drives a single actuator. 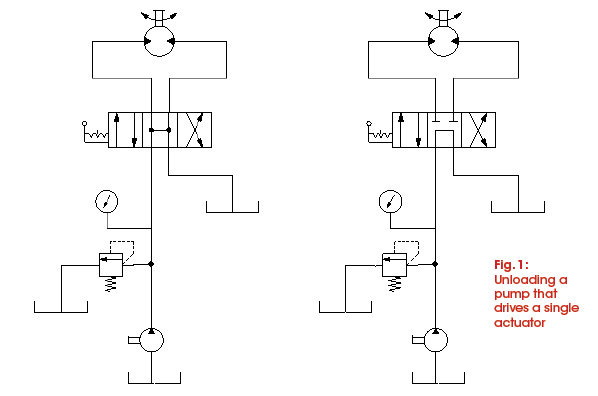 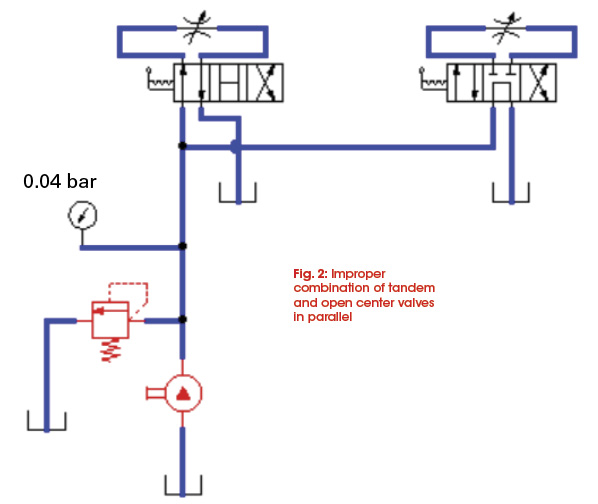 Therefore, for a fixed-displacement pump that is used to drive multiple actuators in parallel, the pressure ports of the DCVs must be blocked. So the valve should be of a closed-center or float-center type.

Fig. 3 shows a fixed pump that drives two actuators in parallel using a closed-center valve and a float-center valve. A 2/2, normally open DCV is used separately to unload the pump. Actuating the unloading valve can be electrically synchronized with the actuation of any of the other directional valves. 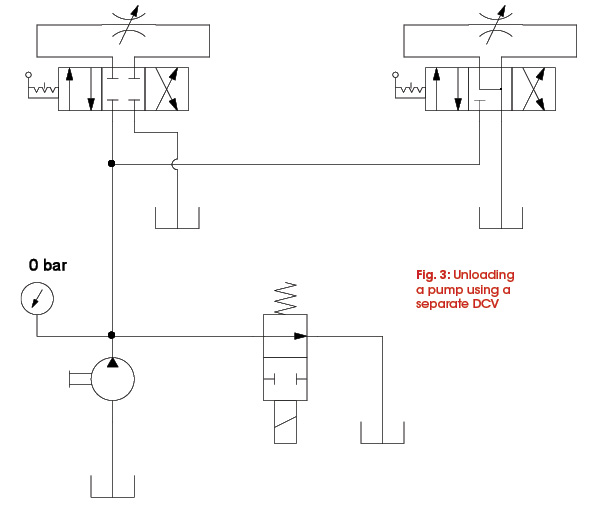 For large pumps, the previous simple methods of unloading the pump through a direct-operated directional control valve may not be adequate. Therefore, as shown in Fig. 4, a pilot-operated PRV with a built-in unloading valve offers a solution to unload large pumps. 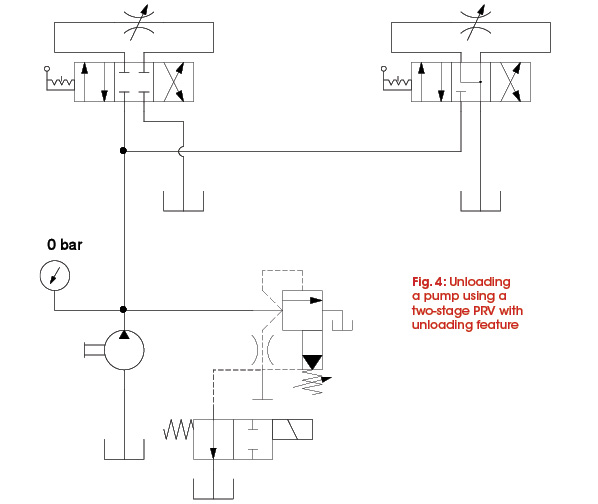 The built-in unloading valve can be selected either normally open, i.e. the pump is normally unloaded, or vice versa, depending on the operating condition of the machine. The idea is to be certain that the pump is unloaded whenever the fluid is blocked by all of the DCVs.

Unloading a Pump by a Pressure-Unloading Valve

A pump can be unloaded using a pressure-unloading valve, as shown in the Hi-Lo circuit in Fig. 5. In this system, both pumps are joined to advance the cylinder rapidly in the early stage of the cylinder’s extension stroke. When the cylinder touches the work piece and gets into the pressing phase, pressure will increase accordingly. When the system pressure increases, it closes the check valve so that the outlet of the large pump is blocked. Simultaneously, the increased pressure opens the pressure-unloading valve for the large pump to flow back comfortably to the tank. 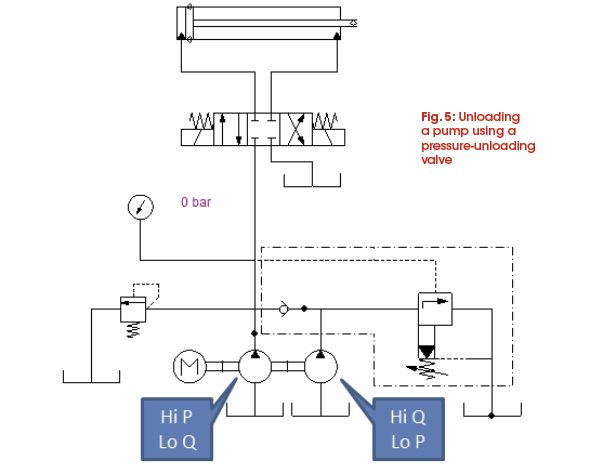 Unloading a Pump in Mobile Applications 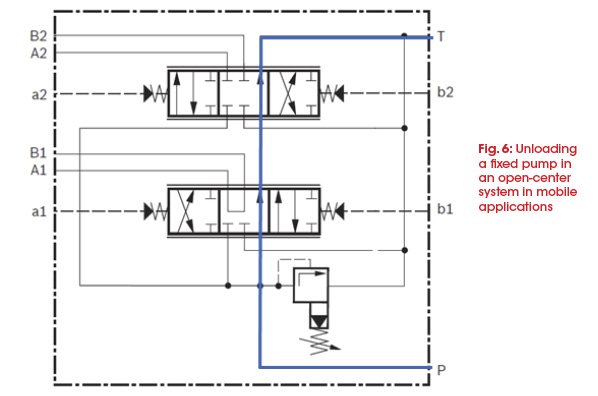 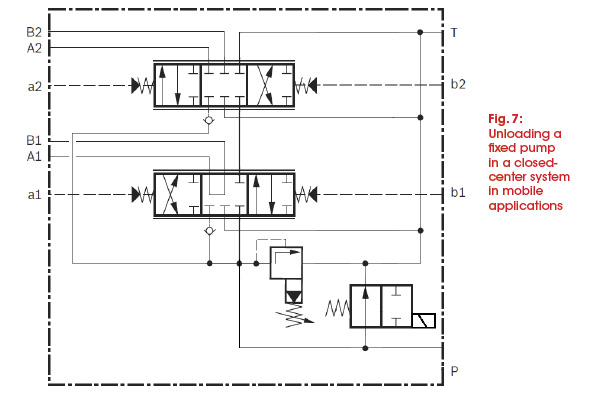 Table 1 summarizes the main features of both systems. 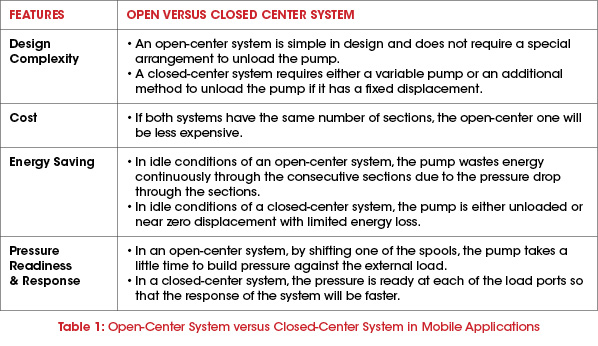