Exploring the New Frontier of Underwater Mining and Construction 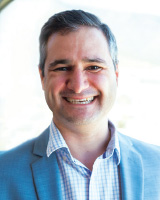 The new frontier of underwater mining is experiencing rapid technological development. Innovation has proven to be an important element in the underwater use of construction equipment. By leading the way in breakthroughs in robotics, the industry is seeing a new dawn. Add to this the possible implementations of new robotic innovations in future offshore green energy fields (including wind and wave), and the future seems bright for specialized underwater equipment.

The Key Attributes of Underwater Construction

At present, the key attributes of underwater construction are its efficiency and its viability. Both of these depend solely on having the right mechanisms and the right submergible building tools to construct and maintain the infrastructure.

The demand for construction robots with underwater capacities that can conduct building operations at depths between 500m to 2,500m below the sea level is set to rise. This strongly correlates with the development of new tools that push underwater-capable technology to the next frontier.

The Korea Institute of Ocean Science & Technology (KIOST) in unison with the Korea Institute of Robot & Convergence (KIRO) has developed a prototype underwater robot meant for construction purposes. The Ministry of Oceans & Fisheries is planning to test the new robotic technology through 2019.

Until recently, the vast resources locked away on the ocean’s floor had been inaccessible to public and private ventures. With the decline of land-based sources, it stands to reason that the ocean floor is the next resource frontier. While current technologies have allowed mining and exploring at around 2,500 meters, the greatest gains may likely be found hidden in underwater ridges, seamounts and sediment at depths of up to 5,000 meters.

What Is Down There

The ocean’s floors are believed to contain over 10 billion tons of polymetallic nodules that break down to roughly 30% manganese, 1.5% nickel, 1.5% copper and 0.3% cobalt.

In addition, deposits are likely to contain smaller amounts of rare earth minerals used extensively in new technologies, such as wind turbines and hybrid cars. A recent study released by geologists in Japan estimates that a 2.3 km2 (square) may contain enough rare earth minerals to supply global demand for more than one year.

While most deep-sea mining today occurs for mineral retrieval on the sea floor at shallow depths, deeper expeditions would require unmanned equipment that is able to analyze environmental factors on its own. Both traditional and underwater ROVs are used extensively in the initial construction of sub-sea development, as well as in the subsequent repair and maintenance of offshore structures.

In mining, ROVs are employed to gather samples, which are further used for analysis, from the ocean floor. ROVs make use of hydraulics and remotely manned operations in infrastructure maintenance.

The robot seeks to usher in new operational possibilities for underwater and offshore ventures capable of taking the future of underwater mining and construction to new heights. The new robotic technology presents a move towards an entirely automated system that can better understand where maintenance is needed and can provide greater flexibility in the sourcing of clean energy from places where it would otherwise be impossible to harness.

Ron Berg can be reached at mahansinc@gmail.com.