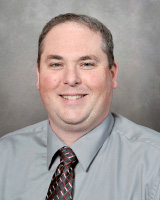 Mr. White, Craft College Learning Program Manager, The Boeing Company, has served as IFPS first vice president, IFPS vice president of certification and as chair of many IFPS subcommittees. He holds almost every IFPS certification including all Master Designations.

“Being elected President by the IFPS membership is a tremendous honor. I look forward to being the voice of the membership as we progress through 2019 and work to enhance the professionalism of the certifications offered,” said Tim.

The following officers were also confirmed at the meeting:

The following Directors-at-Large were also confirmed during the annual meeting:

The following Honorary Directors-at-Large were also confirmed during the annual meeting:

A special thanks to outgoing past president, Richard Bullers, CFPPS, SMC Corporation of America, and Sam Kaye, CFPS, CFPMM, CFPMT, Ensign Energy Services, as they complete their tenures on the IFPS Board. Their years of service, commitment, and expertise helped steer the Society in its mission.