Innovation is the Key to Progress 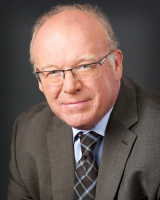 I have heard many engineers complain that industry is too timid when it comes to innovation. Incremental improvements are pursued while major opportunities for game-changing opportunities are rejected because of cost and risk. These impressions are backed up with solid evidence. In his influential book, “The Rise and Fall of American Growth,” Northwestern University Economics Professor Robert J. Gordon observes that five great inventions led to an era of peak economic growth between 1920 and 1970. The five inventions are electricity, urban sanitation, chemicals and pharmaceuticals, the internal combustion engine, and modern communication. In contrast, subsequent inventions, such as computers, robots, and the much-hyped Internet of things (IoT), have had much less impact on economic growth.

In a phenomena known as the “incumbent’s curse,” large companies focus on what has made them successful in the past, driving out innovation and risk-taking. Caterpillar is one company that is seeking a cure for the incumbent’s curse. In his new position as global director of innovation, Ken Gray is seeking to infuse the organization with a grass-roots movement to innovate. You may know Ken because of his leadership in Caterpillar’s highly successful commercialization of the 366E H hydraulic hybrid excavator. Recognizing the value of the large amount of data collected on Caterpillar machines, a new division—Analytics and Innovation—has been created to lead the innovation effort. The innovations group is structured to contribute to all categories of Caterpillar’s business: core, adjacent, and transformational. This is a major departure from “business as usual” at Caterpillar.

There is another ingredient in the innovation formula that must not be ignored: universities. In his online article “Is Our Industry Thinking Big Enough?”, Association of Equipment Manufacturers (AEM) Senior Vice President Al Cervero observes that most of the industry presentations in the upcoming CONEXPO-CON/AGG 2017 are old school or mildly innovative with very few moving forward at great speed. In contrast, the presentations from academia and new-to-market companies have a WOW! factor.

Based on my experience at the University of Minnesota as the director of the Center for Compact and Efficient Fluid Power (CCEFP), I believe that teamwork between academia and industry is the key to impactful innovation. CCEFP research is funded by three sources: federal funds, industry funds for competitive research, and pooled industry funds for pre-competitive research. Each of these types of research has a role to play in a well-structured research portfolio. CCEFP currently has seven universities and seventy industry supporters. We are contributing to workforce development of the fluid power industry by providing most of the university graduates entering the industry.

CCEFP research will be showcased in the upcoming Fluid Power Innovation and Research Conference (FPIRC) to be held in Minneapolis on October 10-12. See http://nfpahub.com/events/conferences/fpirc/ for more information. If your company is not among our seventy supporters, I would like to talk to you about the opportunity CCEFP provides. Please contact me at kstelson@umn.edu.

By Kim A. Stelson, College of Science and Engineering Distinguished Professor, University of Minnesota, and Director, Center for Compact and Efficient Fluid Power