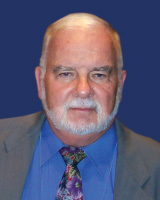 The IFPS defines Emeritus status as one who is no longer employed in the fluid power industry, who may still make contributions, permission to retain, as an honorary title, his/her certification for the rest of their life.

“John Groot, CFPPS-Emeritus, gave hours beyond measure to the IFPS and other industry organizations.  The IFPS certification program would not be what it is today if not for his time, passion and perseverance,” said Dean Houdeshell, 2018 IFPS President. “John served on the IFPS Board of Directors for many years, worked with FIRST Robotics Competitions for many years, and was the first IFPS Web designer and that was before people knew what the World Wide Web was!”

A candidate for IFPS Emeritus Certification must meet certain requirements, including nomination by at least three IFPS members in good standing, at least one of whom must be a current or past board member, and maintained continuous IFPS certification for at least 20 years.