A meat processor has several meat dumping machines. The machines load a tub on a lift that would rotate up and tip, dumping meat into a grinder. The processor had problems with the meat sticking to the sides of the tub. The operator would cycle the lift at the top, “banging” it against a stop created by the cylinders bottoming out fully stroke. This helped force the meat to release.

They were having occasional problems with the Sun Hydraulics main relief valve that was screwed into a 2-bank valve manifold. The nose portion, where the tank flow exited the valve, was blowing off.   The valve appeared to be made in two pieces with a round key holding the nose into the main body.

Maintenance would clean out the manifold and the lines to the tank and replace the filter element. The crew would install a new valve, and everything would work well for a time. The firm tried to replace it with another brand but found it did not have a common DIN cavity porting, and they could not find another brand that would interchange. Maintenance also had a running battle with the operators, saying they were causing pressure spikes when they “banged” the lift to empty the tubs. 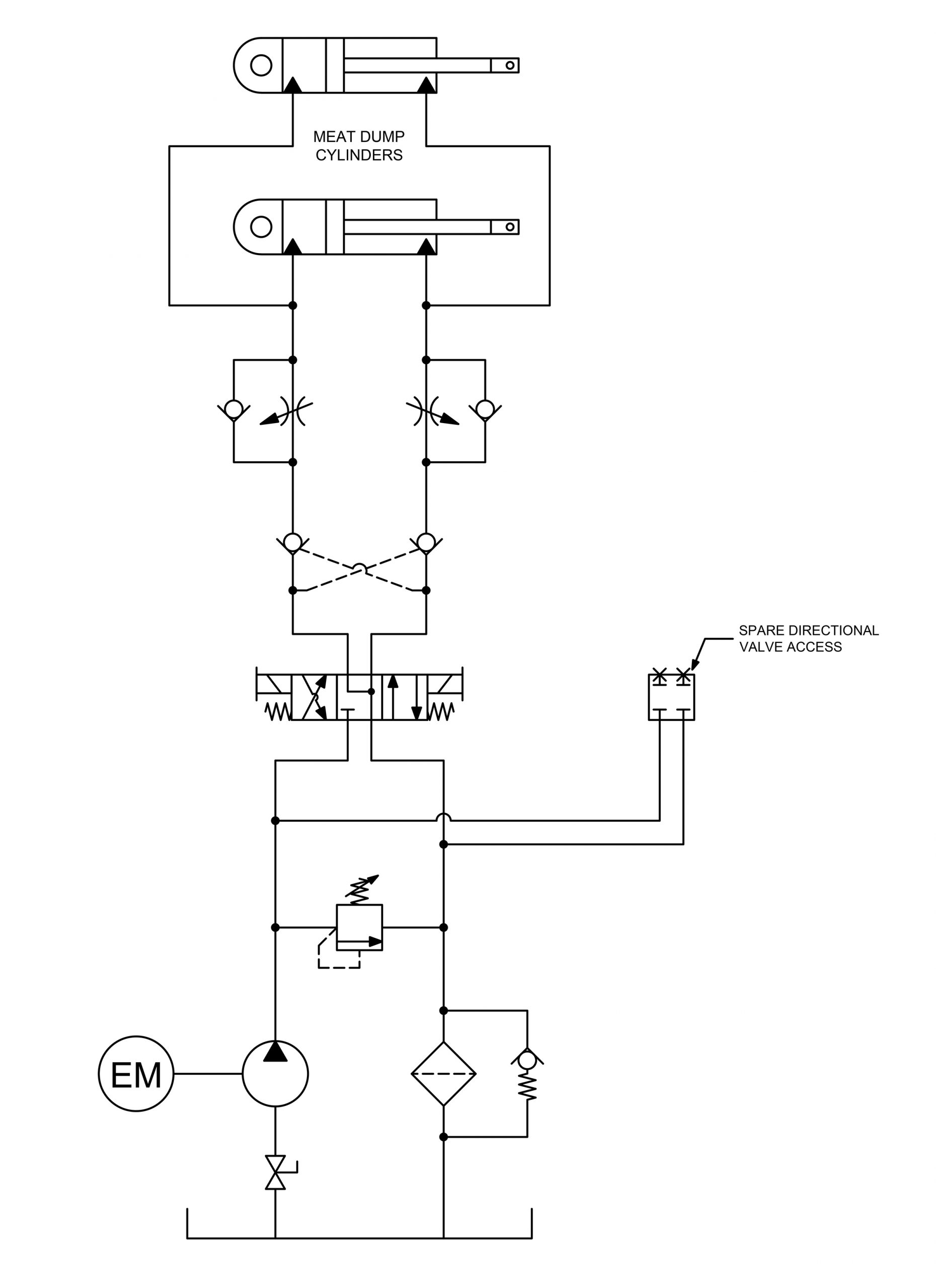 This problem was a difficult one to resolve. The manufacturer of the screw-in relief has a great reputation for building a high-quality valve. When checking with the manufacture, they told the company to check the bottom of the drilled port for the relief on the manifold and that it should contain a small shelf that the cartridge nose would rest on. When they inspected the drilled manifold, they found the OEM of the dumpers had purchased a standard 2-valve manifold without a relief port. They would drill and tap the port for the relief valve but did not realized the shelf at the bottom (Nose Support) was necessary. They replaced the complete manifold that was properly drilled for the relief valve. See illustration.