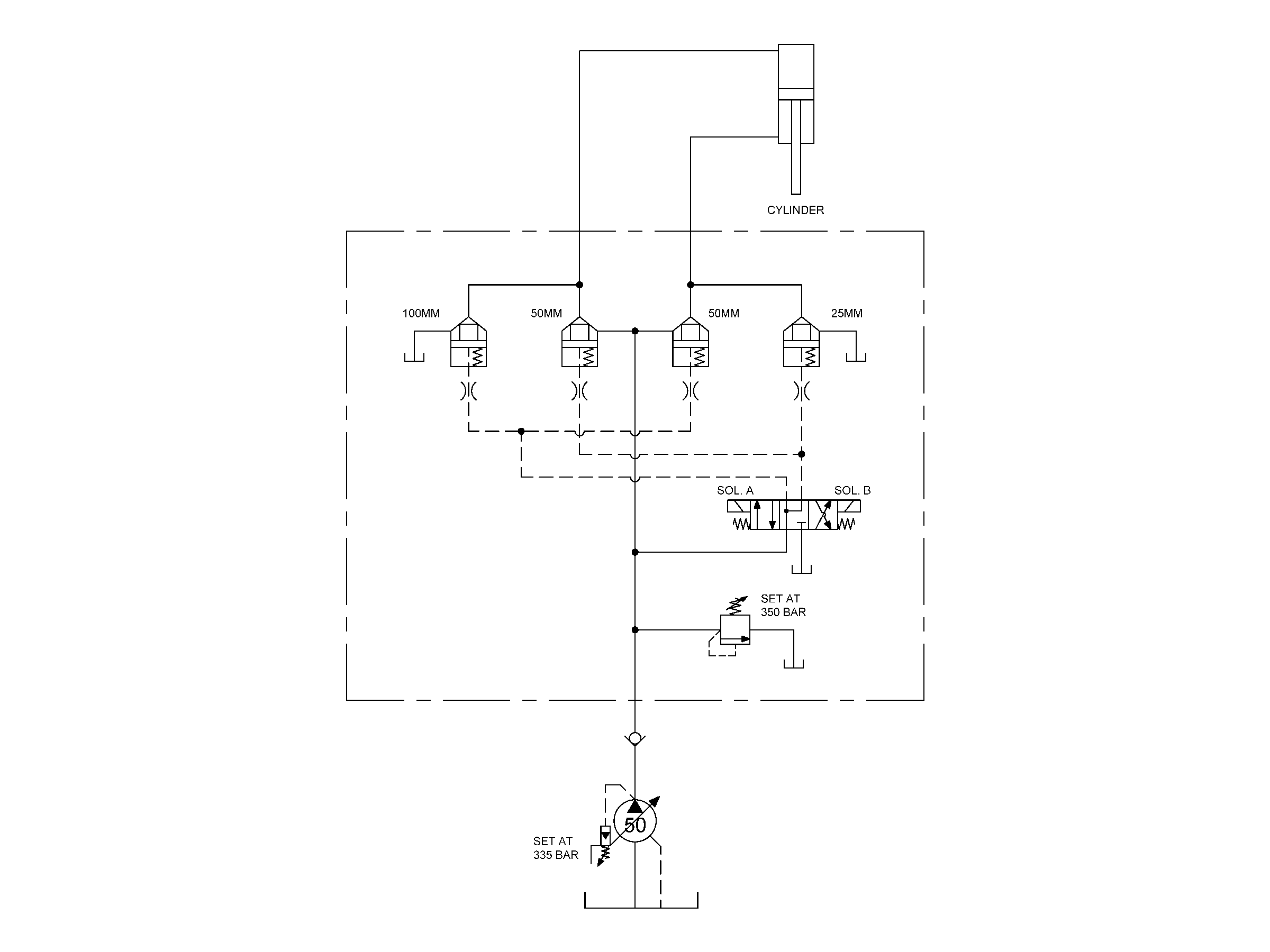 A new press was installed in a factory that makes steel bumpers for over-the-road tractors. The hydraulic power unit was supplied by a local hydraulic distributor that would only control the main ram supplied by the press manufacturer. The factory had a central system that would control all the auxiliary actuators on the press.

When everything was assembled on the plant floor and commissioning was started, they found that the main ram would not stay up in the neutral position. No matter what position the ram was stopped, it would fall to the fully extended position. They also lost pump pressure.

The power unit builder assured the customer that they tested the unit with one of their cylinders laying on their shop floor and it functioned well, extending and retracting as designed.

Any idea why the ram falls in the neutral position?

The falling ram had both ports connected to tank through the logic valves. The pilot valve controlling the logic valves had a float, (Motor), center position instead of the regenerative position shown on the circuit. Changing the valve to the correct spool solved the problem.

Robert Sheaf has more than 45 years troubleshooting, training and consulting in the fluid power field. Email rjsheaf@cfc-solar.com or visit his website at www.cfcindustrialtraining.com.

2 thoughts on “New Problem: Ram Falls on a New Installation”