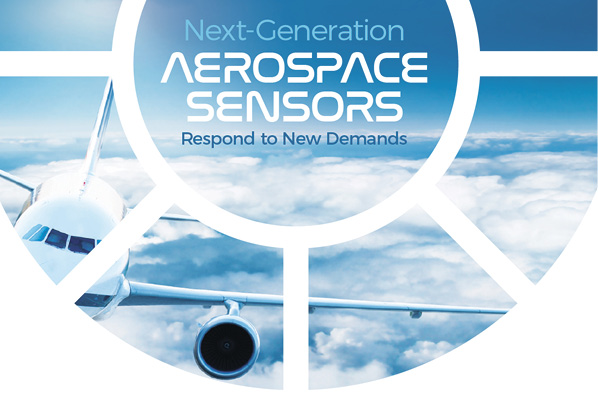 The advent of advanced composite materials used in constructing aircraft, along with the push to reduce costs of operation, have resulted in significant demands for enhanced requirements with component parts such as sensors. These next-generation, efficient aircraft require tough sensors with real-time measurement capability to monitor the status and health of the aircraft. The result is both an increase in the quantity of sensors needed per aircraft, as well as a demand for more robust designs that survive in the harsher environments of EMI, lightning, temperature extremes, and vibration all in the smallest package with the lightest weight possible.

The market for aerospace sensors and transducers has undergone many changes over the last decade. Frost & Sullivan has predicted that the market will have more than doubled between 2010 and 2020, continuing a booming trend in commercial aircraft production expected to persist over the next 20 years. This step-up in demand, alongside requirements for tougher standards, has continued to push the envelope of the next-generation technology of new sensors.

Aircraft with new composites, such as carbon fiber, are much lighter, providing for greater fuel efficiency and longer flights, but they do not conduct electricity. This fact makes for a very different situation from the previous generation’s large aluminum body, which dissipates a lightning strike. Wire mesh beneath the composite helps to absorb the 200K Amps spikes and transmission of electromagnetic interference. While protective, the new mesh results in higher voltage and higher current pulses lengthened in duration by the increased resistance path. (See Fig. 1). 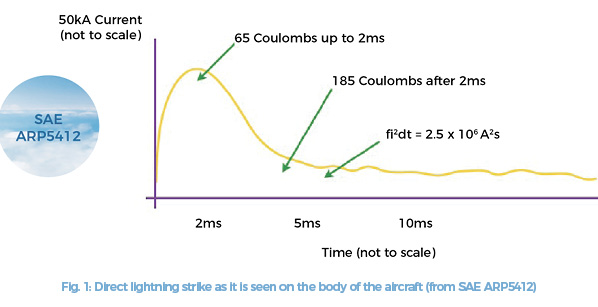 Sensor designers are confronted with the difficult task of ensuring protection from these higher challenges. Due to the larger number of sensors demanded and the tighter spacing needed for the added functions, these sensors are specified to fit in the same envelope that was previously allocated to less demanding requirements. Meeting these challenges was not possible until a few years ago, when newer protection technologies were developed.

The creation of custom electromagnetic interference filters and lightning protection circuits now allow the critical sensing components to function effectively despite the higher demands. Two separate approaches have been developed. One involves the use of Transient Voltage Suppressors (TVS) in miniaturized packages incorporated into the sensors to enable absorption of high energy pulses from indirect lightning strikes. These TVS devices are thermally coupled to the heat-dissipating surfaces of the sensors to quickly eliminate heat buildup and survive multiple strikes. The second opposite approach provides an electrical isolation to block the pathway of the lightning spike. This requires the incorporation of high dielectric voltage isolation through mechanical insulation or DC/DC converters. (See Fig. 2.) 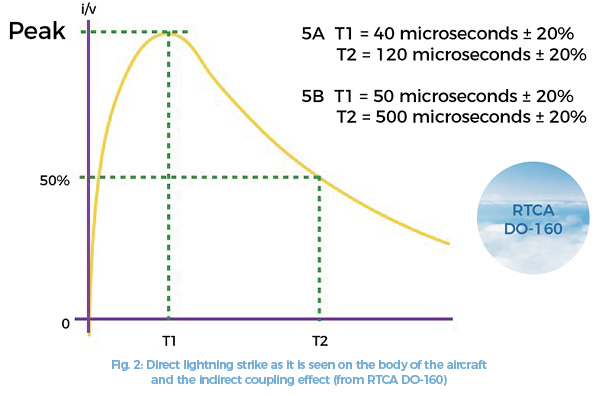 In addition to the increased lightning requirements are the higher intensity Electromagnetic Interference (EMI) requirements. Due to the same type of electrical shielding differences with composites, and the increased number of electrical noise-generating applications (e.g., switched mode power supplies, stepper motors, communications, etc.), EMI protection has been elevated to higher and higher levels. As with the TVS, new miniature packaging to achieve better filters in smaller spaces is a recent technology advancement.

A number of technological trends impact aircraft measurement devices. As new aircraft programs are developed, expansive thinking considers additional features that can be incorporated into the new design. Examples include new optimizing controls, more distributed power generation, and various initiatives to improve fuel economy and reduce maintenance, to name a few. These applications lead to enhanced performance needs, such as higher accuracy, resistance to vibration, higher temperatures, and lower power consumption. All of these requirements must be addressed in the next generation of sensor designs.

The market for aerospace sensors and transducers has undergone many changes over the last decade, and sensor technology must be sophisticated to meet the complex design requirements of today’s aircraft. Research and development is a continuous process to innovate solutions. Engineering and production teams need to be highly skilled to accommodate aircraft supplier needs. The step-up in demand for sensors requiring tougher standards drives the push for next-generation technology.

For more information: Since 1948, Hydra-Electric has provided sensing technology solutions for the aerospace industry, including pressure, temperature, and multi-function sensors; and, pressure, temperature, and liquid flow switches. The company’s library of engineering white papers can be found at the Hydra-Electric Knowledge Center on its website. Visit www.hydraelectric.com.