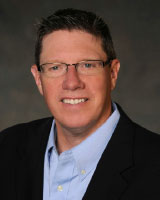 Over the next decade, it is estimated that nearly 3.5 million U.S. manufacturing jobs will be needed, and 2 million of those jobs are expected to go unfilled due to manufacturers’ inability to find talent with the required skills. The retirement of baby boomers, strength of the economy, and attractiveness of the industry are ranked among the leading factors impacting this skills gap. While 90% of Americans value a strong manufacturing sector, only 37% would encourage their children to pursue a career in the industry.1

These statistics are troubling. Too many people view manufacturers as outdated factories filled with line jobs – not as innovative, inventive businesses where workers develop and use the latest technology, building lasting, middle-class careers.

Manufacturers across the country helped change this perception by inviting students, career guidance counselors, parents, and workers to open houses, public tours, educational programs, and career workshops at plants and factories across the country on the fourth-annual national Manufacturing Day on October 2 and throughout the month of October.

Nearly 2,500 events occurred – shattering last year’s record of 1,600 events – with the purpose of introducing as many people as possible to the significant role played by manufacturing in our country. These events were not just informational. They were a way for manufacturers to convey their passion for what they do, and explain why and how young people can embrace the profession through post-secondary training that often lasts just a year or two and doesn’t leave them with decades of college loan debt.

Indeed, the emotional connection to those attending demonstrated in a very meaningful way the numerous opportunities available, highlighting how manufacturing contributes to the vitality of our community, and showed modern manufacturing for what it is – a sleek, technology-driven industry that offers secure, good-paying jobs. By participating, we anticipate more young people now will want to follow a manufacturing career path.

Take Chris Monzyk, for example. He was a student at Ozarks Technical College in 2013 when he was part of a Manufacturing Day tour at Detroit Tool & Engineering in Lebanon, Missouri. Intrigued by what he saw and identified by the company as a possible potential recruit, Monzyk was offered an opportunity to join the firm. Today, he proudly works as a machinist in the 109-person company that builds tools, dies, and custom automation systems.

And then there is Micah Rider who, as a high school student in 2013, took a Manufacturing Day tour arranged through Wichita Area Technical College (WATC). By 2014 he had graduated and was enrolled at WATC and led one of its facility tours on Manufacturing Day. Rider is excited about his pursuit of a manufacturing career and getting other kids to follow in his path. In New Hampshire, 88% of students said they were more likely to consider manufacturing jobs after their visits to local factories, and in Florida, 95% of student participants said they learned something new about the sector.

By reengaging local communities to showcase their manufacturing sector and demonstrate the contribution that manufacturing makes to the local economy, we can ensure a better future and way of life for our children and grandchildren. Our future depends on our ability to strengthen and advance this vital sector of our nation’s economy.

From coast to coast, America’s manufacturers are the backbone of our economy, and our country’s growth and future are closely linked to their success. Through programs like Manufacturing Day, we help support this vital sector of the economy as it continues its resurgence and help ensure America’s manufacturers remain at the center of our nation’s prosperity.