The ISO Organization and How the Fluid Power Industry is Included 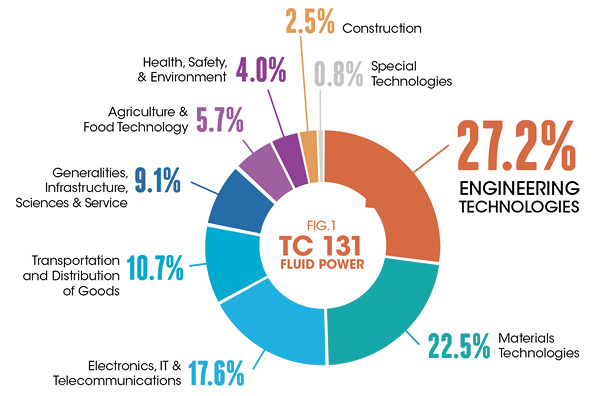 ISO is the international organization where standards are approved for use in many areas of technology and management. ISO does not write any of the standards; individual committees and their working groups do that. The rules that the committees must follow, and the format for the standards, are what ISO organizes. The organization is headquartered in Geneva, Switzerland. In 2015, there were 119 countries with full membership status, plus another 38 countries with correspondence participation.

The standards process is governed by a central secretariat with a full-time staff of 137 people. In 2015, their annual revenue was over 38 million Swiss Francs—about US$39 million. Membership fees—the monies that the various nations pay to be a member of ISO—made up 77% of that revenue. Some revenue comes from sales of the standards, and most of that are royalties that other organizations pay for selling the ISO standards.

Annual expenditures for 2015 were over 36 million Swiss Francs—about US$37 million—and 94% of the monies were spent on operations (the salaries of the full-time staff, the cost of the headquarters building, computers, travel, meetings, etc.).

ISO member bodies have developed over 1,100 standards in each of the last five years and over 21,000 total standards during the years of its existence. These standards include areas as shown in Fig. 1. The pie chart areas demonstrate the diversity of the areas in which ISO standards are published.

The fluid power industry is in the category of Engineering Technologies—the largest group. This is also where standards such as screw threads are published. 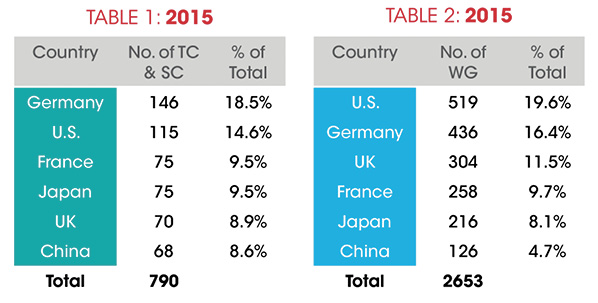 Table 2 shows the countries that administer the working groups where the actual work of writing a standard occurs. There are over 2600 working groups, all of which must meet to do their work. On average, there were 10 ISO meetings occurring every working day, somewhere in the world, in 2015.

Technical committee 131 is composed of 9 subcommittees and 28 working groups, as shown in Table 4. The rows across the top describe the countries responsible for the secretariat of a subcommittee or working group and the name of the committee chair. The working groups in bold letters are active; the ones that are light are inactive. Most of the inactive ones have completed a task and were dismissed, while other continue to have more and more projects. (Note: Subcommittee 2 was organized many years ago and developed 4 interchangeability standards, but there have not been any new standards proposed for interchangeability on hydraulic pumps. Testing standards for hydraulic pumps are developed in subcommittee 8, and there are several of those.)

The 9 subcommittees and 28 active working groups are administered by the countries shown in Tables 5 and 6. They are the secretariats of the various groups, which is a term used to describe the country responsible for its administration. This means the country will provide a chair for the committee or working group, and also do the secretary work. These are all voluntary positions.

The experts who attend ISO meetings pay their own expenses, usually on a budget from their employer. The preparation work for a meeting is often done on their own time, after-hours or on the weekends. They are dedicated people, interested in participating for the advancement of the fluid power industry, and engage in a critique with their peers, especially those from other countries.

The next installment in this article series will describe some details of the specific standards that have been developed.