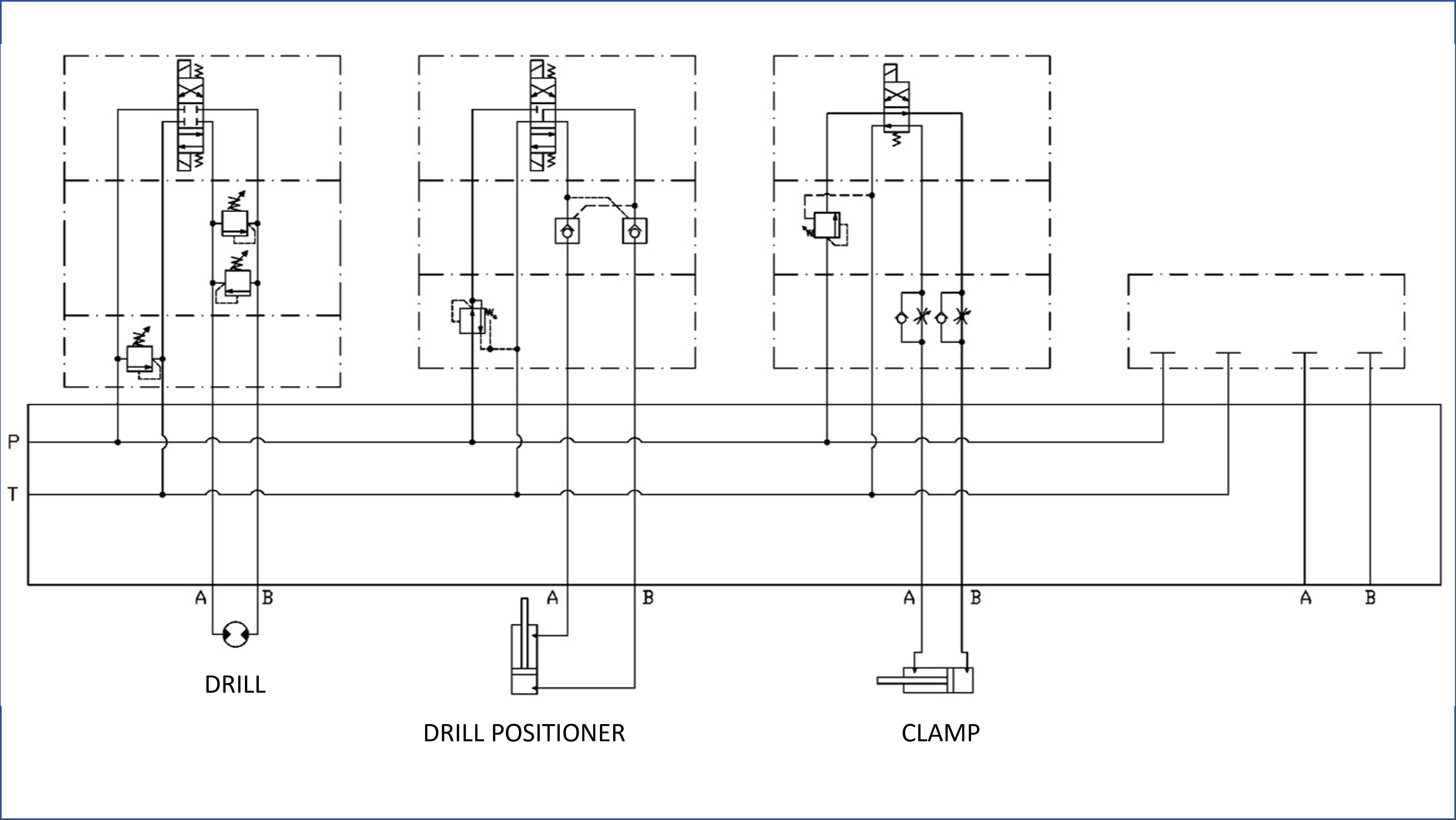 The circuit below was working for several years when the pressure-reducing valve on the clamp cylinder started leaking oil into an assembly bolt cavity. It appeared that a casting flaw finally failed after thousands of pressure cycles. The company purchased and installed a new module. However, the cap end would see full system pressure crushing the product while the rod side pressure would see reduced pressure as designed.

Maintenance returned the valve and replaced it with a new one, but it had the same problem. They examined the old valve and confirmed the new ones had the same model number as the failed one.

What was the problem?

The drill press OEM found the same problem with the valve that the company experienced. The OEM corrected it by moving a solid internal plug to drain the valve to the tank line and not the cap end of the cylinder. But the OEM did not change the name plate to show the correct configuration. Several D05 size pressure-reducing valves provide the option of draining the valve to one of the actuator lines or back to the main tank line by moving an internal plug. This allows reduced pressure on port A or B or both ports.