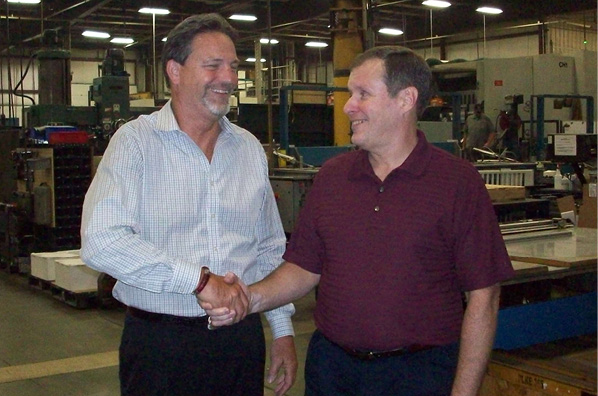 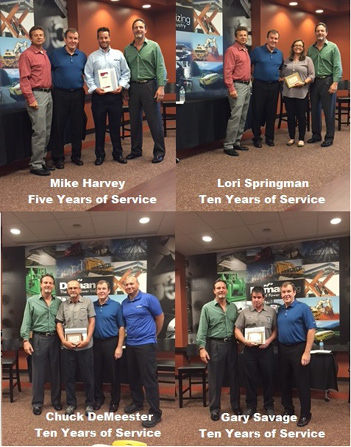 At its quarterly meeting, Daman’s leadership team announced that Dave Mischier, previously executive vice president, is now president of Daman Products, and Larry Davis, previously president, is now chief executive officer. Mr. Davis has been with the company since the beginning, 40 years ago, and has served as president for the past 13. Mr. Mischier was hired in 1992 as its controller and then was promoted to executive vice president in 1996. Guest speakers at the meeting led discussions on the importance of estate planning, as well as the importance of protecting against identity theft. The company celebrated 41 third-quarter employee birthdays; 39 employees received a cash award for perfect attendance and 14 employees for excellent attendance. Eight new employees were welcomed, and four employees were awarded five and ten-year service awards.