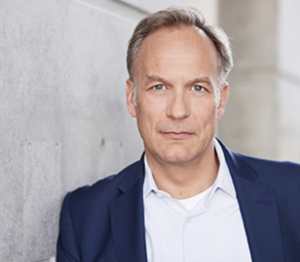 Karl Haeusgen, a co-owner of the German company HAWE Hydraulik SE, was elected president of the Mechanical Engineering Industry Association, known by its initials in German, VDMA, a European industrial association.

Haeusgen, of Munich, had been vice president of VDMA since 2013. He will serve a four-year term as president, succeeding Carl Martin Welcker, managing director of Alfred H. Schütte GmbH & Co. KG of Cologne.

Haeusgen has held various positions at HAWE, where he was responsible for sales, marketing, corporate development, quality, and organization. From 1996 to 2019, he was a member of the management board and speaker of the board of HAWE.

After studying business administration in St. Gallen, Switzerland, Haeusgen worked as an assistant to the executive board in the area of materials management at Maho AG and at Barmag Far East Ltd, Hong Kong.

From 2008 to 2014, Haeusgen served as chairman of the board of the VDMA Bavarian State Association.

Headquartered in Frankfurt am Main, VDMA has around 3,300 members. HAWE Hydraulics specializes in hydraulic power units, valves, sensors, and accessories and employs around 2,500 people in 18 countries.