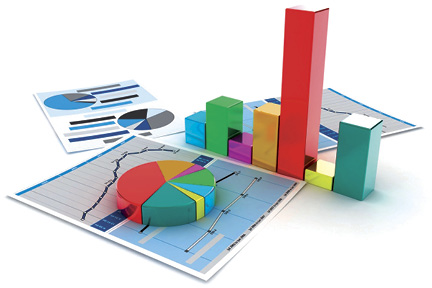 According to the latest edition of Grant Thornton’s LLP’s CFO Survey, which reflects the insights of more than 900 chief financial officers and other senior financial executives across the United States, 55% of CFOs say uncertainty in the U.S. economy is a major concern that could impact their businesses’ growth in the next 12 months. This is despite the fact that most CFOs expect the U.S. economy overall to remain the same (49%) or improve (43%) in the next 12 months.

Particularly frustrating for CFOs is the dysfunction in Congress over a bill to extend more than 50 popular tax revisions that expired at the end of 2014. It remains to be seen whether or not Congress will revisit the bill and allow the use of these tax benefits on 2015 filings. More than a third (37%) of executives are acting as though the extension will not occur, 26% are assuming some amount of risk that it will not occur and are planning accordingly, and just 9% of CFOs assume fully that the extension will occur. More than half (51%) of companies that actually use the provisions are doing all their planning with the assumption that the extension will not occur.

Cyber security is a major source of worry. When considering what the most significant cyber risks they face are, nearly half (44%) of CFOs say the most significant risks are the unknown risks, and a majority (57%) say it is the potential for undetected breaches. More public companies (47%) fear they are at risk of reputation loss compared to private companies (31%).

Regulatory and compliance burdens also top the list of concerns. Nearly half (45%) of the CFOs say that increasing costs of compliance present the biggest challenge to growth, and nearly a third (31%) say that keeping up with the volume and complexity of regulations is their number-one challenge.

Amidst the overall economic and political uncertainty, financial executives are averse to riskier growth strategies. The vast majority of companies (80%) say they plan to pursue growth strategies in existing markets, and only 11% plan to expand into international markets. Most (54%) plan to fund growth in the coming year by leveraging existing cash reserves, while 47% say they will use debt financing.

While the survey also suggests that the recent enthusiasm for mergers and acquisitions (M&A) may be waning, with only 28% planning to pursue M&A opportunities in the coming year (a 9% drop since Fall 2014), CFOs of companies in certain industries had varied opinions. In the technology industry, 54% of CFOs expect their industry’s financial prospects to improve (10% higher than the national average). Energy-industry CFOs are surprisingly optimistic given the current downturn in oil and natural gas prices, with nearly 40% expecting their industry’s financial prospects to improve in the coming year and only 7% expecting them to worsen. In the manufacturing sector, 40% say uncertainty in global markets could impact their growth (15% higher than the national average).

Meanwhile, CFOs are aggressively looking to develop and hire new talent: 70% of CFOs say finding and retaining the right talent is a critical need for supporting growth. Forty percent (40%) expect their businesses’ new hiring to increase in the next six months; 52% expect hiring to remain the same; and 67% plan to increase salaries in the coming year, holding steady since 2014.

The full report is available at www.grantthornton.com/cfosurvey.