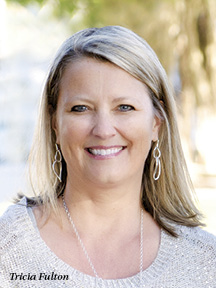 The NFPA officially has elected Tricia Fulton, the CFO at Sun Hydraulics, to be the Chairwoman of the Board of Directors for the 2016-17 fiscal year. Fulton is the first woman to hold the position in the Association. The election took place during NFPA’s 2016 Annual Conference in San Antonio in early March. Her appointment will begin July 1, 2016.

“We are thrilled to have Tricia coming on board as the Chair of our Board of Directors,” said Eric Lanke, NFPA president & CEO. “She has been deeply engaged in many of our initiatives and has proven leadership capabilities.”

Fulton has been involved with the association for a number of years. She became part of the NFPA Board of Directors in 2012 and was elected to the Executive Committee in 2014. During her time on the Board, she was particularly involved in the Inclusiveness Strategic Task Force. The Task Force set recruiting strategy, particularly aimed at distributors, and also set strategy to increase engagement among existing members, particularly younger professionals.

Her other activities included chairing the Future Leaders Network from 2012-14, becoming the first Future Leaders Chair to have a voting seat on the Board, and chairing the Econ & Stats Committee from 2013-15. During her time on the Econ & Stats Committee, a number of committee initiatives broadened the scope of the data available to NFPA members and increased engagement in the association’s market information services.