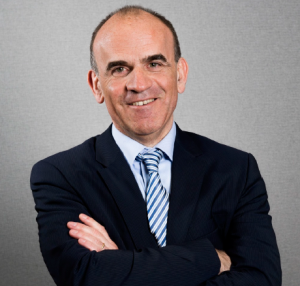 Laurent BATAILLE comments on the nomination:

“Frederic MICHELLAND’s arrival comes at an important milestone in our Group’s life. The expectations of our machine manufacturers’ customers towards their equipment are increasingly more exacting. In the uncertain context of our global business environment, it is fundamental both to refocus our strengths by continuing to develop our skills and know-how in hydraulics and mechanics, and at the same time, open up to new growth opportunities around our core business as a power transmission designer and manufacturer.

We welcome, for the first time in a long time, a Chief Executive Officer, from outside the founding family of the Poclain Group. Today, as always, our family remains very invested in the long-term management of our organization as demonstrated by the strong commitment of the new generation.”

Passionate about industry, Frederic MICHELLAND has strong experience in developing and improving operational performance in global companies: “I am very glad, today, to join the family Poclain Group and its teams in a period where it embarks on a new phase of development leaning on the values and strengths which make it success: a long-term vision, the relentless pursuit of operational excellence, the enthusiasm for innovation and the commitment of its employees alongside its customers.

Graduated from Sciences Po Paris and INSEAD, Frederic MICHELLAND began his career in 1989 in the banking sector in France and abroad. After several financial functions at GDF Suez (Engie today), he joined Nexans as Group Chief Financial Officer, Purchasing and Information Systems. Afterwards, he occupied the operational functions of Director of the Americas area and then of the worldwide Major Projects (High-Voltage) activity.

In 2013, he took over the General Management of Latecoere Group, specialized in the design and manufacture of aeronautical components, for which he managed an operational and financial recovery before relaunching its development with the Transform 2020 Plan. Over the two last years, Frederic Michelland held the position of Vice-President of Business Development for Europe at the American aeronautical supplier Spirit Aerosystems.