Notable Words: Board President Looks to ‘the next 50 years’ 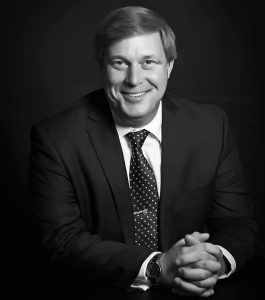 You may not realize this, but the International Fluid Power Society was founded in Detroit in 1960 by 30 industry professionals whose goal was to support the future of fluid power and its ever-changing technologies. Sixty-two years later, the goal hasn’t changed. The mission of IFPS today is to “globally pursue and promote the application of fluid power technology through certification, standardization, and education essential to professional growth,” as it says on the IFPS website.

As 2022 comes to a close and my time as an active board member ends, two things become clear to me. First, the transition for a president occurs faster than you might think; and second is that nothing gets done without the work of others.

The IFPS staff has evolved to support changes in the fluid power industry. A notable development is the establishment of a chief executive officer position. Donna Pollander, ACA, is IFPS’s first CEO. She brings over 20 years of industry-related experience and is a familiar face within the industry. As a seasoned, farsighted professional, she will continue to move IFPS forward.

One of the best ways we publicly recognize fluid power professionals past and present is by induction into the Fluid Power Hall of Fame. The HOF committee meets annually, reviews submissions, selects inductees, and presents awards to the most impactful professionals in the industry. Speaking as a member of IFPS, it is rewarding to be involved with an organization that recognizes the work of others past and present.

Anyone who has contributed to a committee, taught a webinar, facilitated a workshop, conducted a certification review, proctored a job performance assessment, attended a meeting, or served on the board of directors believes in something greater than themselves. They give their time and treasure to an organization that improves the professional well-being of others in the fluid power community. What could be better than selfless service? I can’t think of anything. So for that, I want to personally thank each person, past and present, for their effort and commitment to IFPS.

When we began the year, I spent some time looking into the lives of the original 30 fluid power professionals who founded IFPS. Did they ever imagine it would last 62 years? What would they think about the industry and the integration of its various technologies?

Where do we go from here? I am not sure there is one answer. But I can tell you this: as a board of directors, we have put in place proactive measures to ensure that IFPS is sustainable for the next 50 years.