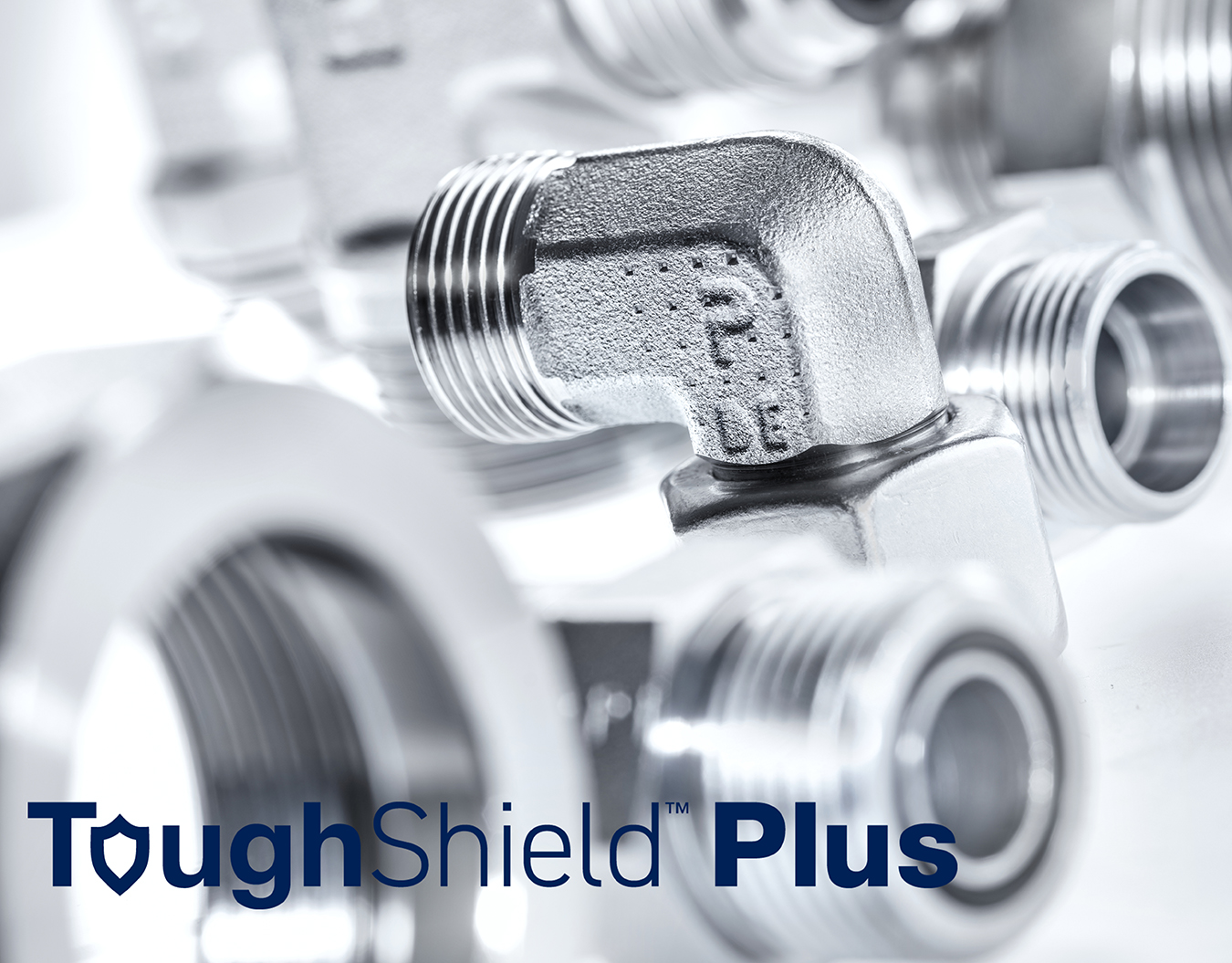 The plating provides resistance for increased corrosion prevention while maintaining optimum properties and assembly values. ToughShield Plus is the first commercially available standard plating system for fluid power systems to provide up to 3,000 hours of resistance to red corrosion.

For the improvement of tube fittings and adapters worldwide, Parker Fluid Connectors Group implemented its own test laboratories and electroplating facilities in Europe and the U.S., where experienced experts advanced the development of ToughShield Plus. Several years were spent developing the optimum surface and its properties. The basis of the new plating builds on the proprietary zinc-nickel alloy, passivated by a hexavalent chromium-free layer. The innovative topcoat provides superior friction and assembly control.

For electroplating, Parker used accepted methods to test ToughShield Plus. One result: ToughShield Plus offered corrosion resistance of 3,000 hours in a salt spray test.

ToughShield Plus complies with the leading industry standards such as DIN and SAE as well as the environmental standards RoHs, REACH and ELV. 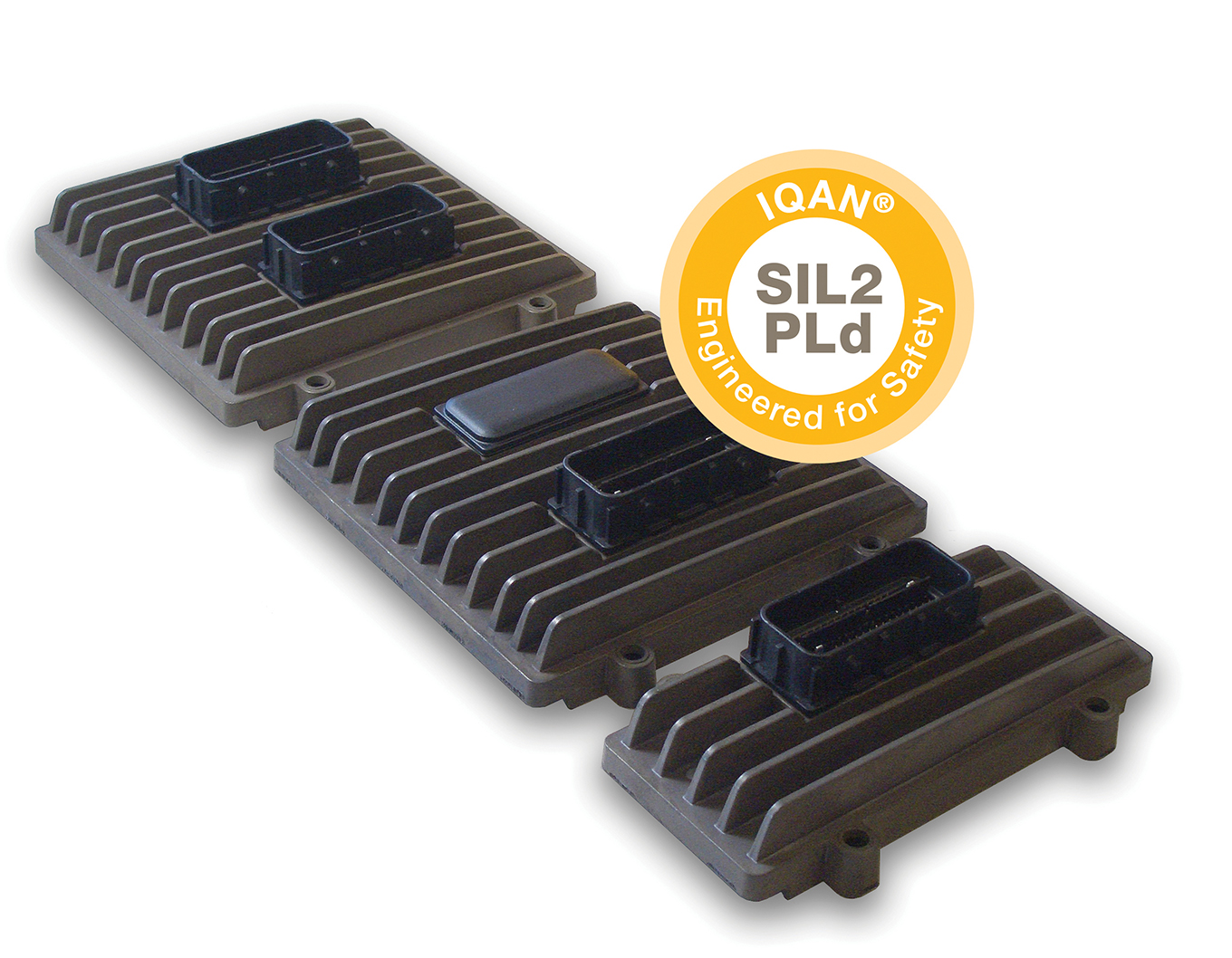 Parker Hannifin announced that it now offers its IQAN-XC41, -XC42 and -XC43 expansion modules with certification according to IEC 61508 safety integrity level 2 (SIL2).

This development makes it possible to use the modules as part of machinery safety functions up to EN 13849-1 performance level d (PL d). With safety-certified expansion modules, engineers can simplify system implementation and machine design in mobile hydraulic applications demanding higher levels of functional safety. Such applications include those relating to material handling, construction, aerial platforms, and specialty vehicles like refuse trucks.

The new development means that both types of controllers on the latest IQAN platform – MC4x master controllers and XC4x expansion modules – provide several safety-certified versions so that machine designers have many options at their disposal. For instance, design engineers can now assign critical I/O to a module at the best physical location on the machine, reducing wiring complexity and cost. This modularity enables easy upscaling or downscaling with pin-compatible units.

An important feature of the XC4x is Parker’s newly designed protocol, which is safe and bandwidth efficient. The protocol supports both classic CAN (250 and 500 kbps) and CAN FD up to 500/2,000 kpbs. Notably, in a system where all outputs that control hydraulic valves are safe to begin with, the application designer does not have to introduce additional components and complexity in order to implement basic stop functions.

IQAN is an electronic control system for mobile hydraulic applications with the highest focus on functional safety, precision control, and ease of use. At the core of the IQAN family is a fully integrated solution of controllers and displays, with the IQAN software toolchain facilitating configuration and maintenance tasks. IQAN is safe, fast, and powerful to use.

The IQAN-XC4x expansion module family includes three safety-certified and high-performance versions: XC41, XC42 and XC43. Each is for use in different ways to meet the requirements of any hydraulic mobile machine, making it easy to expand an IQAN control system when connected to an IQAN-MC4x master controller.