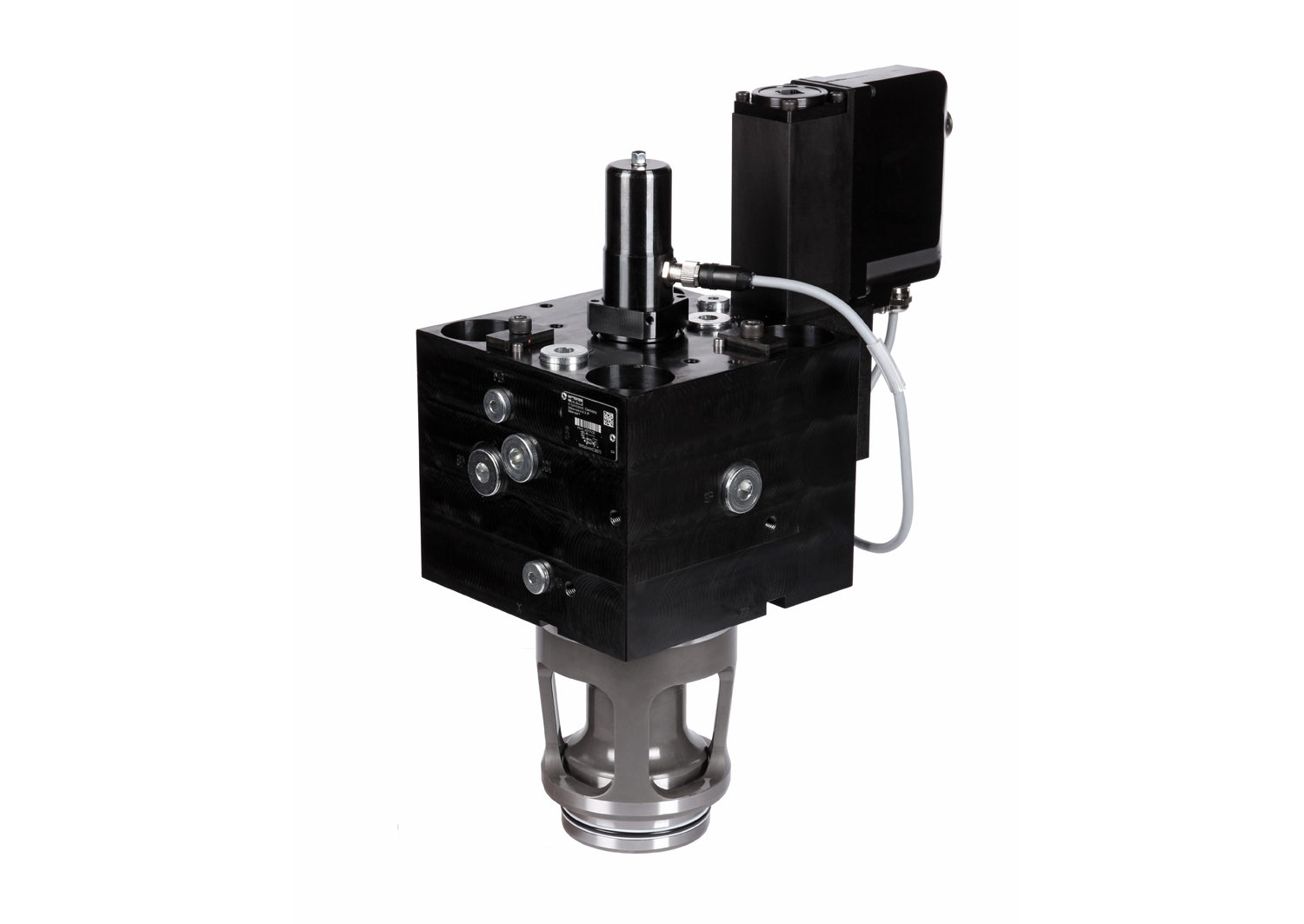 With the company’s patented VCD actuator technology, the innovative design of sleeve and spool allows for previously unattainable flow and pressure drop values. The improved efficiency enables the use of smaller nominal sizes with the same output, reducing the size requirements of the control manifold blocks.

The new TFP series is the result of several years of constructive development work and intensive computer simulations. The valve is characterized by a pressure-compensated sleeve with an enlarged seat diameter and oriented windows, which for the first time almost completely uses the DIN cavity. Along with a maximum pressure of 420 bar, this results in uniquely high flow values that can increase performance in demanding applications such as die cast machines and presses.

Due to the optimized flow between the sleeve and spool, the TFP valve offers pressure differential values under ideal conditions that are only slightly higher than those of the control manifold block without valve. As with the preceding TDP series, the highly dynamic DFplus control valve with VCD actuator is used as the pilot valve. It actively positions the main poppet and therefore operates independently to the pressure conditions in the working connections.

The TFP valve achieves extremely fast step response times, for example, 18 milliseconds for size NG50. The combination of precision, higher operating pressure, and speed of reaction creates the prerequisite for shorter cycle times, more stable processes, and minimized scrap rates. Above all, however, control manifold blocks can be designed to be much more compact and thus more cost effective, because, with the TFP series, normally one nominal size can be saved compared to other cartridge valves.

In addition to the increased power density of the valve, great emphasis was placed on improving reliability. With the TFP series, the position feedback system is installed in the pilot chamber in such a way that it is protected from possible pressure peaks that could occur in a hydraulic system.