The 2017 Annual Meeting held in Indianapolis, Indiana was bursting at the seams with a record-breaking crowd. The 2018 Board of Director nominee slate was officially voted in during the annual dinner. These officers and directors will take their positions January 1, 2018.

Optional tours of Horner Industries, The Great Escape Room, and the Indianapolis Raceway Museum were a nice addition to the many committee meetings at which each Committee chair reported on his/her committee’s activities and its key strategic initiative plans. During the annual dinner, teams of four tried to stack cups, using strings and rubber bands-—a great team building activity.

The IFPS 2018 Spring Meeting will take place from February 26 to March 2, 2018 at the Embassy Suites Albuquerque Hotel in Albuquerque, New Mexico. 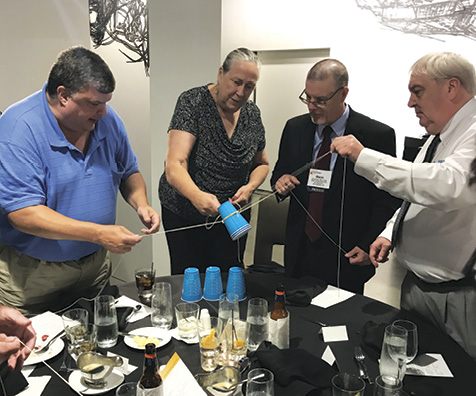 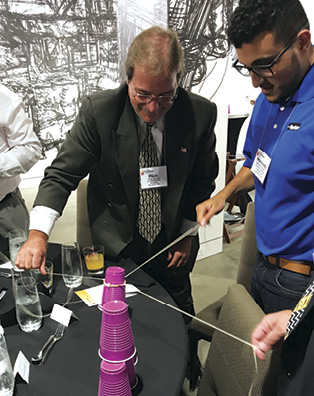 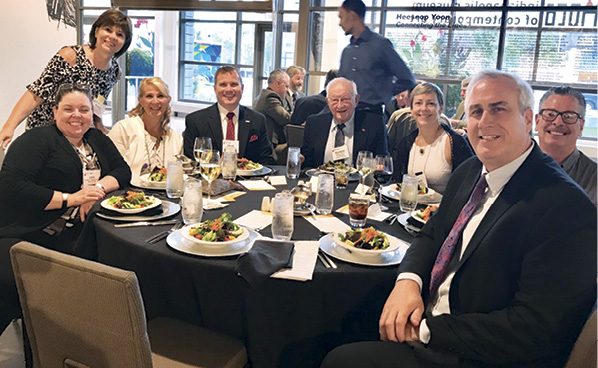 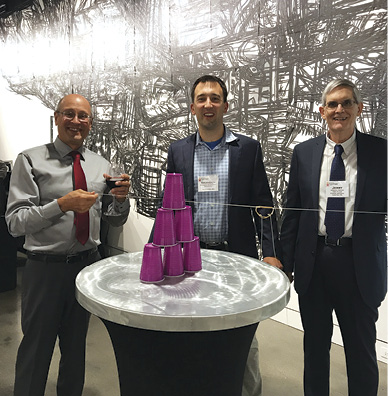 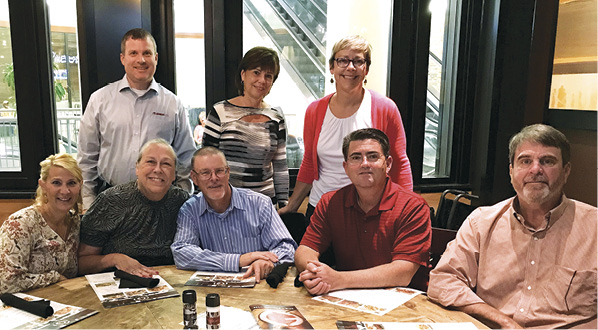 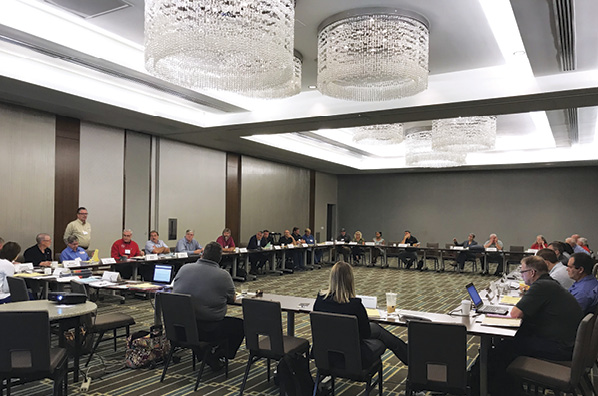 Full house at the Annual Meeting 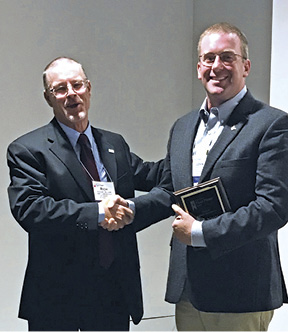 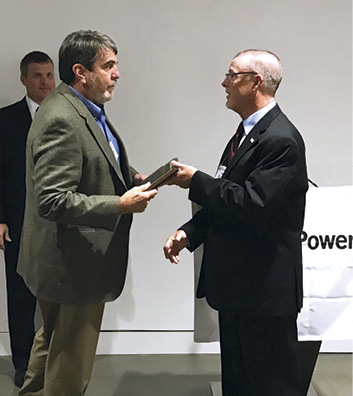 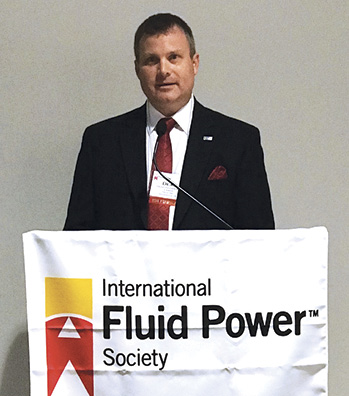 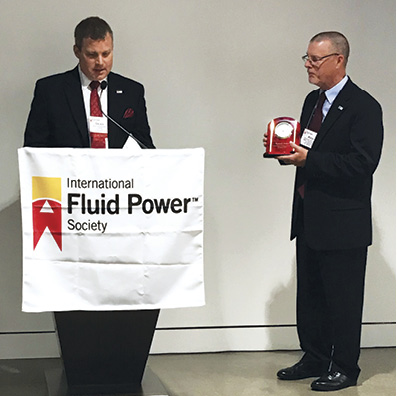 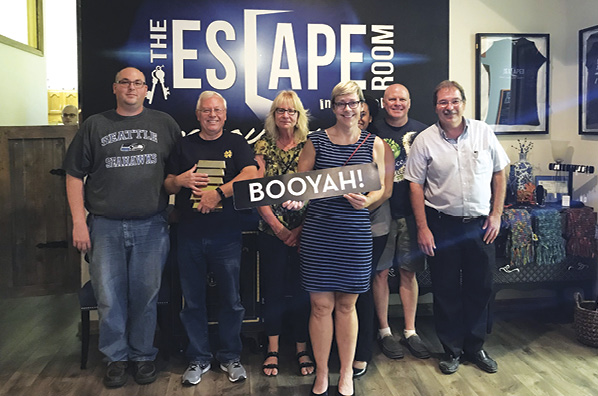 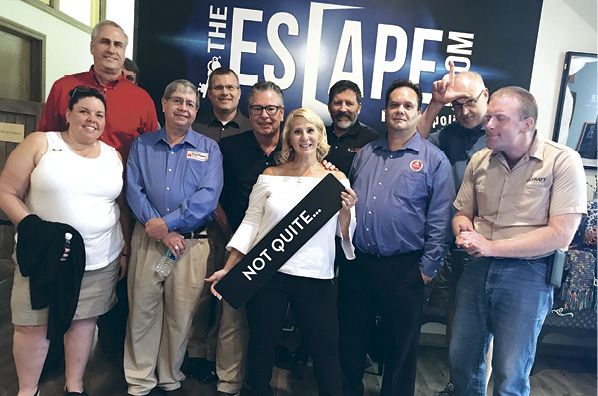 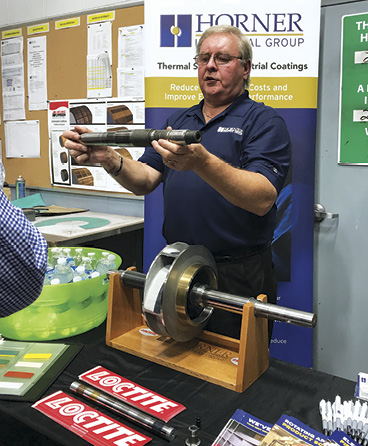 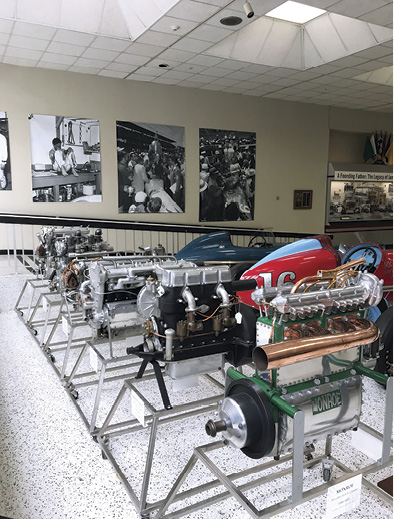 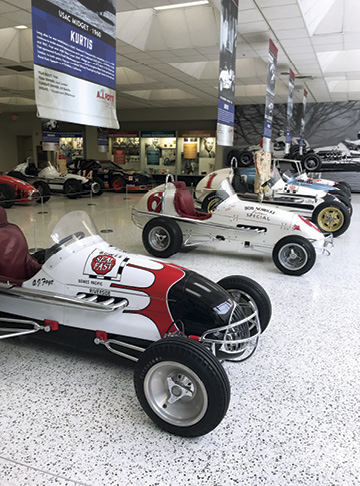 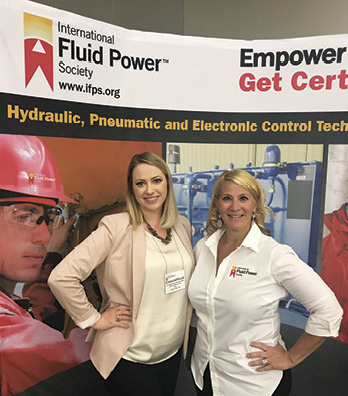 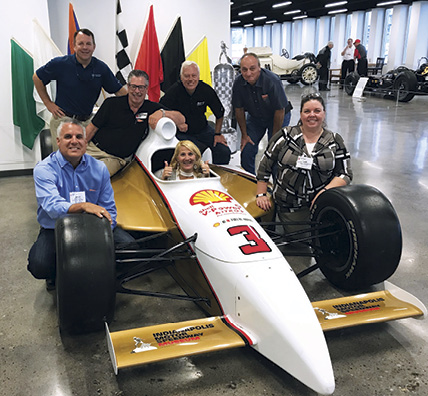 Donna Pollander and her pit crew

Tour of the Indianapolis Museum and Raceway 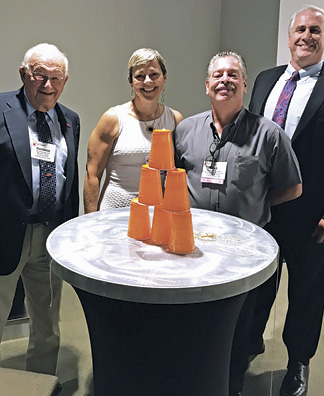