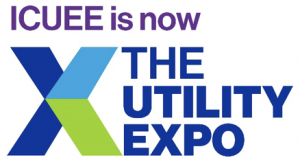 The International Construction and Utility Equipment Exposition (ICUEE), recently renamed The Utility Expo, was the second-largest trade show in the U.S. last year, according to Trade Show News Network (TSNN), which covers the trade-show industry.

TSNN ranks trade shows according to exhibit space and releases the findings in its annual Top Trade Shows List. In 2019, ICUEE occupied more than 1.3 million net square feet of space for more than 1,000 exhibitors and 19,000 utility professionals, TSNN found.

The list placed ICUEE second after the Consumer Electronics Show, put on by the Consumer Technology Association, which occupied more than 2.9 million net square feet of space at the World Trade Center Las Vegas.

The ICUEE show was also listed by Trade Show Executive magazine as one of the country’s Fastest 50 growing trade shows.

Under its new name of The Utility Expo, the biennial trade show will continue to be managed by the Association of Equipment Manufacturers, which also manages the triennial CONEXPO-CON/AGG and IFPE trade show in Las Vegas.

The next Utility Expo is scheduled for Sept. 28-30, 2021, at the Kentucky Exposition Center in Louisville.