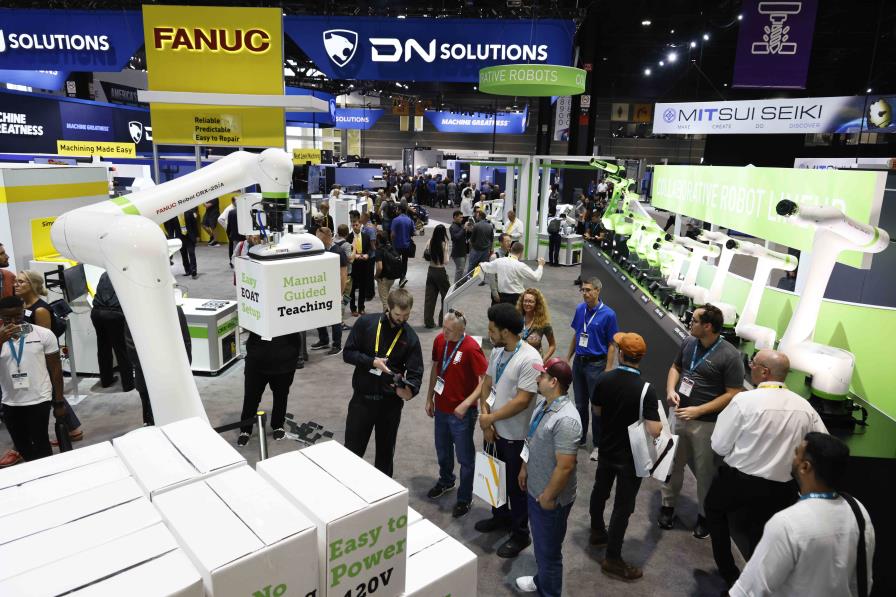 “The move gives Hannover Fairs USA the ability to expand and [gives] both trade shows the flexibility to look into new sectors and initiatives,” AMT said in a Nov. 2 press release.

“AMT collaborated with the producers of the prestigious Hannover Messe in Germany to create a concentrated version of the show for U.S. manufacturers seeking digitization and Industry 4.0 technologies,” the press release said.

In the AMT press release, executives praised the ten-year collaboration and said both entities benefitted.

“We have had a very fruitful partnership that brought Hannover Messe USA to IMTS, increasing our audience’s exposure to an automation segment in manufacturing technology,” Douglas K. Woods, AMT president, said in the statement. “Co-location helped Hannover Messe become a familiar name in North America. The show is now ready to launch its own independent event, and we wish them success and continued growth.”

“Our co-location of Hannover Messe USA has been incredibly beneficial,” said Ed Nichols, CEO of Hannover Fairs USA. “On behalf of everyone with Deutsche Messe AG and Hannover Fairs USA, we would like to thank AMT leadership and staff for the deep professional and personal relationships we have developed. The goal 10 years ago was to allow Hannover Fairs USA to establish a footprint that allows us to grow our portfolio, and we would not be here now without AMT.”