Your Cylinder Doesn’t Get Enough Respect 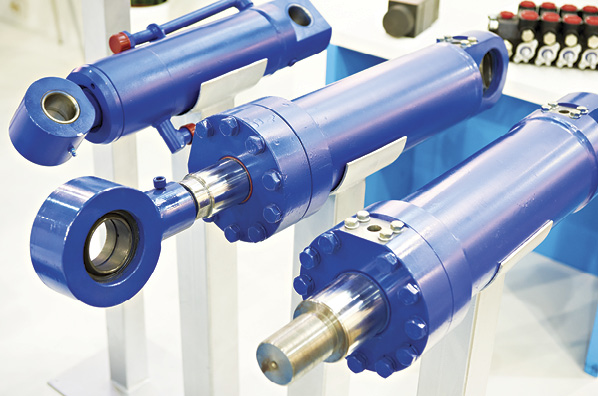 While multi-pump tank units and glass-enclosed control rooms get all the glory, the lowly cylinder is dutifully slaving away under a pile of debris turning fluid power into usable work. Improve your productivity by giving your cylinders some respect.

Cylinders are good at transmitting linear force, but are terrible at guiding machines. When cylinders are installed incorrectly, side load occurs as the cylinder is forced off its natural center relative to its mounting alignment. Side load can come from cylinder misalignment, cylinder binding due to mounting interference, and excessive unsupported rod extension.

Here are 5 reasons to remove side load on your cylinders:

Side loads will cause gland bushing wear between the piston rod and gland bushing bore. The bushing is the softer material which will bear all of the wear as the rod has a hardened surface. Cylinders that are misaligned by as little as .010” to .015” will cause this wear to occur. In order to stay aligned with the connected machine, the cylinder rod must either bend to fit or wear the gland bushing to relieve the misalignment. 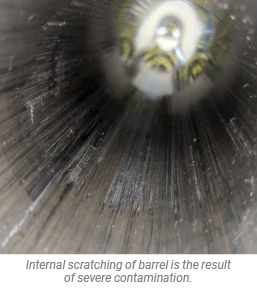 Side loads will cause rod wiper and seal wear. Once the gland bushing has enough radial clearance, the seal will also begin to leak. In addition, the rod wiper will wear away enough to allow dirt and debris into the cylinder, further wearing the rod and piston seals, leading to significant fluid loss and cylinder performance degradation. The seal is now unable to keep the working fluids contained.

Contamination that enters the cylinder will also enter the fluid control system. This happens for both hydraulic and air operations. Outside contaminants will mix with internal lubrication elements to form a pasty sludge that is difficult to purge from the cylinder and can end up in the valve system causing erratic performance and valve failure.

For hydraulic cylinders, worn glands can cause misalignment of the internal cushions which in turn will lead to the cushions colliding with the cushion bores in the heads. This ruins the cushion bore tolerance (which is essential for proper cushioning) and produces wear particles that will contaminate and destroy piston seals, barrels, and valve spools, and contaminate the return filters. 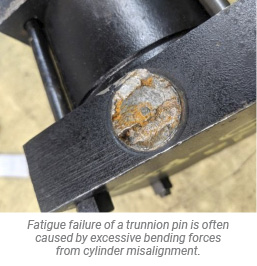 Trunnion-mounted cylinders are more prone to side load wear as they are only free to pivot in one plane. The trunnion pins rigidly hold the cylinder from moving side-to-side. Mounting these cylinders require precise alignment between the rod connection to the load and the centerline of the trunnions. Most heavy assemblies tied to trunnion-mounted cylinders have a lot of sideways free motion, especially if the mechanism has been running for a few years or if there is some distance between support bearings. Any lateral movement of the connected load will introduce high-bending stresses in the rod, gland, and trunnion pins. This will cause any or all of those areas to wear excessively and/or fail catastrophically. Some large and long loads can only be constrained at one end and must move to allow for thermal expansion. Depending on where the trunnion cylinder is attached, the trunnion-mounted cylinder may be in a bind every time the mechanism heats up.

How can you reduce side load damage to your cylinders?

Whether you remove the side load conditions or modify the cylinder to better handle the conditions, the cylinder life will be extended which will reduce machine downtime, save wasted energy, stop environmental contamination, and reduce the cost and complexity of repair to the cylinder and its mounts. Show them some respect. They will pay you back!