Without Skilled Tradespeople, Who Builds It? 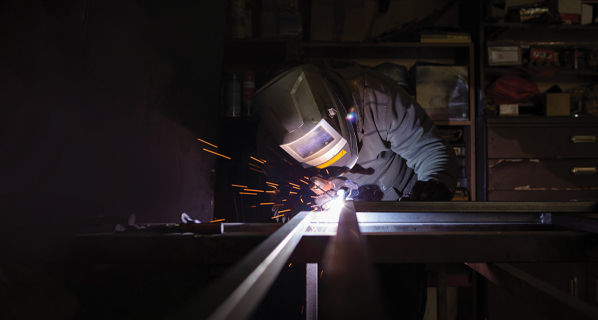 Imagine for a moment you’re an architect or an engineer meticulously drafting your grand design. You have an insatiable desire to see your plan become something tangible, but you’re stymied; there are simply no individuals with the skills to build it. No welders, carpenters, plumbers, electricians, masons, or specialists of any kind. There are no tradespeople, so now what?

Although this isn’t yet a reality, it’s not far removed from the difficulty we face finding individuals with these skills. The problem isn’t exclusive to architects and engineers either. Finding qualified plumbers or electricians to help with problems in your home can be time consuming and expensive.

The worker shortage has impacted fluid power companies too. Industry leaders have long talked about the challenges of finding and retaining employees to do all the work that swamps many of them.

For years our culture has encouraged young people to pursue costly college-level education as the only pathway to success. Meanwhile, trade skills continue to be stigmatized. It’s an easy dichotomy to understand. After all, why choose a career steeped in manual labor when a temperature controlled, high-rise corner office overlooking the city is possible? There are merits to this way of thinking, but many of the arguments against skilled trades quickly fall apart. Wages are comparable if not better in the trades, career pathways are plentiful and varied, and technology in the trades is rapidly advancing and not nearly as antiquated as some might believe. Becoming certified in a trade incurs little financial debt. Many of those working in the trades report that their jobs are highly fulfilling.

A study conducted by Stanley Black & Decker in August and September 2021 among 801 high school sophomores, juniors, and seniors found that 85% of them saw trades as a good career choice, but only 16% were very likely to consider it themselves. According to the study, a major inhibiting factor was a lack of awareness about trade skills, including how they provide financial stability and overall job satisfaction. It isn’t entirely surprising that college educations and white-collar careers are lauded as superior to the trades while vocational careers are labeled as “dirty work.” These attitudes persuade young people that the trades require laborious, backbreaking work and aren’t nearly as lucrative as careers requiring a degree, when the truth of the matter is that trade careers provide a high quality of life and job satisfaction.

The push toward college and away from trade skills has led to a widening chasm between the available jobs requiring these skills and the number of individuals capable of filling them. This is a serious problem. Skilled trades are a major contributor to the backbone of society, and if this problem isn’t addressed, the ramifications will be far reaching and detrimental. For example, in the U.S. in 2022, an estimated 650,000 jobs remained open in the construction industry, according to Stanley Black & Decker’s CEO Jim Loree.

We’re already seeing the impact of the growing skills gap. As the current workforce ages, measures may be needed to ensure the continuance of some fundamental services.

Technology has helped compensate. Contrary to the belief that manufacturing operations are antiquated, manufacturing has been at the forefront of integrating sophisticated technological components. Running these systems efficiently requires skilled technicians and operators whose knowledge and abilities are more and more specialized.

The challenge remains to treat the underlying cause of the trade skills gap: young people’s lack of interest in vocational education. Numerous efforts are underway to encourage interest in the skilled trades. That was the progenitor for a response to the crisis by my company, Orange Seal, which launched Project Dragonfly, an online platform built to re-educate younger people about the positives of learning trade skills. The Project Dragonfly platform presents an easy pathway to learning these skills and features a growing online database of nationwide training programs. The project aims to shift the perception of trade skills, encouraging young people to embrace them as a career pathway.

Many large entities with the necessary clout and capital for large-scale training and outreach programs still sometimes fail to connect with the audiences they’re trying to reach. Younger generations tend to view their futures holistically, tying together financial stability and overall sense of fulfillment, with the latter often holding greater importance. They need, therefore, to be approached in ways that demonstrably define pathways highlighting both ambitions. They need to be shown that college debt isn’t necessary to being a high earner, nor is it a requirement to advancement and a high level of satisfaction.

These organizations have made gargantuan efforts in their own niches. More and more, we need to provide a space for their members and encourage the development of students who may one day be members themselves.

Flip side of the coin

Many employers hold values and operate in ways that are in tension with younger generations. There is no denying that some employers instituted practices and working environments that left their workers disgruntled and bitter. Some things that arise tend to gain a lot of attention. We’ve seen this with the recent fervor for unionization. It’s no surprise that it is happening because of the disconnect between those with skills and the organizations that need them.

We need to devote our efforts to removing the stigma surrounding the trade skills. We should not hide the reality that some trades require significant effort. But if we demonstrate the substantial payoffs, perhaps we’ll see the renewed interest that is so desperately needed. We must show younger generations how trade skills are the hallmark of true craftspeople. They need exposure to the advantages of the skills in ways with which they can connect on a personal level.

Trade skills and working with one’s hands were once considered the realm of the artisan. With trends and nature being as cyclical as they are, perhaps it’s time for that cycle to begin again. •