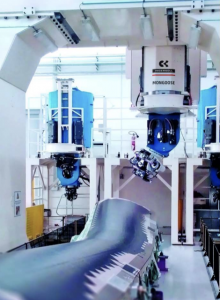 Firefly will install the first of two planned AFP systems in May 2021 at its manufacturing and test facility in Briggs, Texas, where Alpha will be requalified using AFP manufacturing processes. Firefly’s new Florida Space Coast factory and launch site at Cape Canaveral will house the second automated assembly line beginning in 2022 and will ultimately be capable of producing an estimated 24 Alpha rockets per year, with the Briggs plant switching to automated developmental builds of the larger Beta launch vehicle.

Firefly will leverage the same AFP that aerospace companies increasingly use to more efficiently manufacture the latest composite airframes for commercial airliners, government aircraft, and fighter jets, ranging from the Boeing 787 and Airbus A350 to F-35s. Once up and running at capacity, Firefly’s AFP system will fabricate all carbon-fiber structures of an Alpha rocket, including barrels, fairings, domes, and payload components, in as little as 14 days. 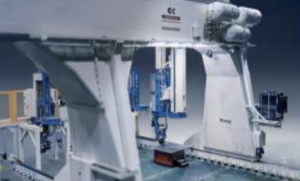 Firefly’s new automated rocket factories will produce a broad range of benefits, including a 30% to 50% reduction in composite materials waste, increased repeatability, reduced touch labor and build times, and a tailored and optimized structure that further reduces weight and overall costs.