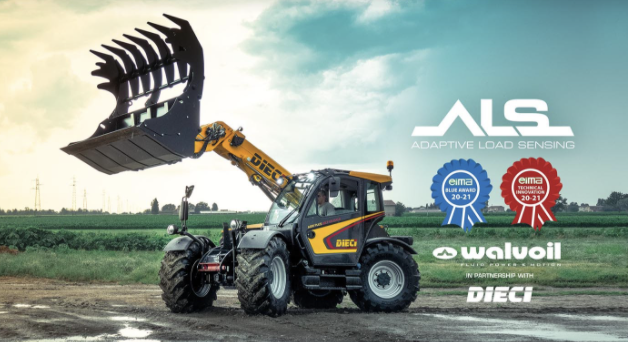 An agricultural machinery project developed in a collaboration between Walvoil and Dieci won an EIMA Digital Preview award in two categories.

An adaptive load sensing electrohydraulic system that minimizes the dispersion of energy in the hydraulic system of telehandlers was awarded the Technical Innovation 2020-21 prize for its innovation and the Blu Award 2020-21 for its environmental aspects.

The awards will be presented Nov. 11 at 3 p.m. Central European Time and can be viewed online. To register, visit https://www.eima.it/en/.

The adaptive load sensing (ALS) system modulates stand-by pressure according to the working needs of the machine, automatically varying it when required. The ALS system has been successfully tested on an Agri Plus telehandler. 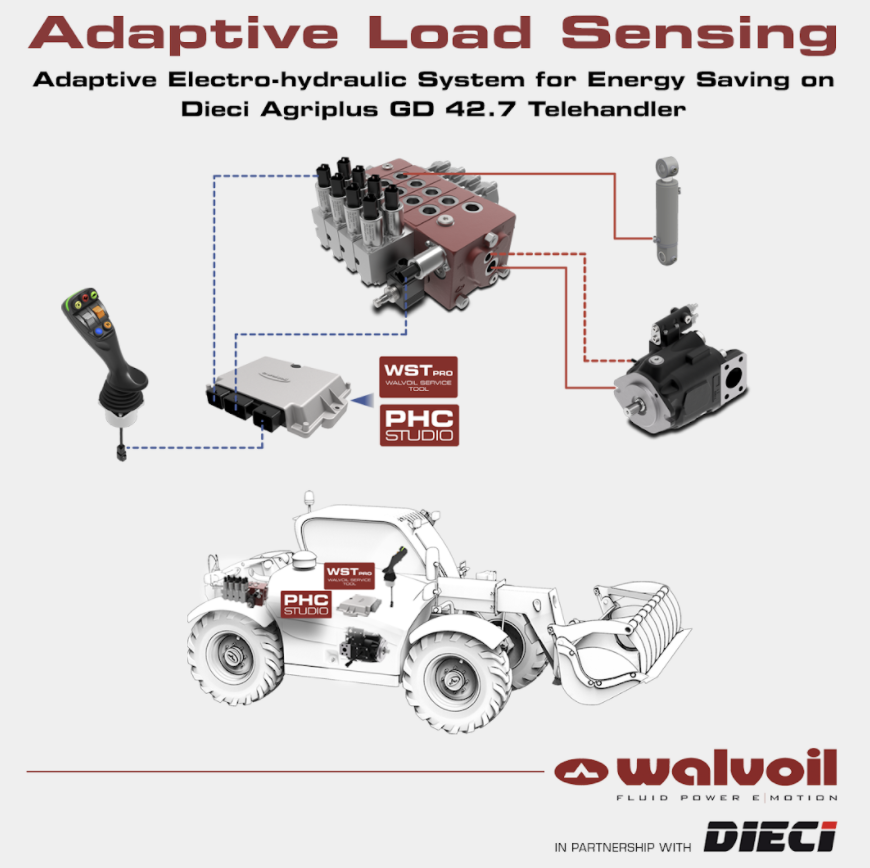 ALS is made of a directional control valve, an electronic joystick, and an electronic control unit with customizable modular software developed by Walvoil. The control unit collects information from the operations on the controls and from the machine sensors and acts on the load-sensing device, adapting the hydraulic pressure differential to the maximum efficiency value required by the vehicle.

During testing, the Walvoil-Dieci technical team found a drop in energy dispersion values equal to 28% during boom operations and up to 45% during traveling phases, with a significant improvement in the overall machine performance at various speeds.