Fluid Power Through the Eyes of an Electrical Engineer 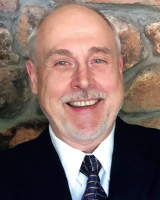 Fluid Power has been part of my life since 1984. I was initially hired by Hydro-Line Manufacturing because I was an experienced Electrical Engineer who could support linear position feedback devices that were integrated into NFPA industrial tie rod cylinders. I knew nothing about hydraulics at the time; however, I quickly learned that there was a very close relationship between electronics and hydraulics, and, as a result, my learning curve was shortened. The numerous types of linear position feedback technology of that time were primarily TTL and CMOS with an analog output resolution, which, in many cases, challenged the capability of the required cylinder position accuracy.  Placing a linear sensor inside a high pressure hydraulic vessel exceeding 3000psi and expecting .001 inch position accuracy was really a challenge for the day and was very costly.

After experiencing the industrial fluid power world for a while, I began to see where hydraulics was going in the industrial market. Electric motors and pneumatics began to dominate many factory floors due to a zero-leak movement posed by the Ford Motor company in 1995. When Cincinnati Milacron (Hydro-Line’s largest customer) unveiled their totally electric motor driven ball screw driven plastic injection molding machine to our Hydro-Line team, I sensed that a compelling change was happening in the Fluid Power industry.

My intuition told me that maybe it was time to move my fluid power experience to the mobile side, where the challenge was designing electro-hydraulics for limited horsepower applications. My hiring at Danfoss Fluid Power was once again due to my knowledge of electro-hydraulic systems. My primary role was to support proportional actuator valve control systems. The valve control systems were uniquely efficient in design (as they are today), still very analog and very expensive compared to other technologies; however, they achieved very precise control without the use of a microprocessor.  A mobile microprocessor, including pressure and position sensors, was still considered impractical and costly for most mobile hydraulic markets in the 1990’s.

Around 2003 fluid power technology started to look a bit more interesting to the electronic engineer with the emergence of CAN BUS systems. Still way ahead of its time, Danfoss had created and released one of the first ISO BUS CAN proportional actuator valve control systems compatible to engine control systems. The value of CAN BUS systems brought microprocessors and sensors into view as a more valued and practical mode of control. Tier IV emissions standard regulations further enabled the practical threshold from analog to digital systems due to the need to control engine efficiencies with a microprocessor control.

Much of my Fluid Power learning path would not have been possible without a combination of experience and the learning tools available through the IFPS. Certification was never a requirement; however, it was a personal goal that made it easier to “earn the right” in Fluid Power. I am now an active IFPS board member, learning and seeing where the IFPS certification programs are going next. Let me say, as a home-made Mechatronics guy, that the Fluid Power industry is now exponentially evolving to advanced electronic-controlled applications ripe for the Mechatronics grad, and IFPS will be there once again to shorten the Fluid Power learning curve.

The Future is Here!

… All obviously now computer controlled with the latest hardware and software language.

If you are ready to work in this very rewarding and specialized field, I recommend that all Mechatronics grads, as well as Electrical grads, shorten the learning curve by checking out IFPS training and certification opportunities today. We want you!

Randy Bobbitt can be reached at rbobbitt55@gmail.com.