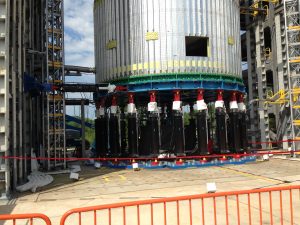 At NASA’s Marshall Space Flight Center in Huntsville, Alabama, testing of Space Launch System (SLS) rocket structures is being conducted to ensure the safety of astronauts and the success of the Artemis missions to the Moon.

As Seen in the Photo, there is a Quantity of 26, 12” Bore x 60” Stroke Hydraulic Cylinders supplied by Starcyl Cylinder Corporation. Each cylinder is fitted with a load cell and position transducer.

During testing, the hydraulic cylinders at Marshall’s Test Stand 4693 push and pull on the giant liquid hydrogen tank to mimic the same stresses and forces it will endure during liftoff and flight.

Engineers carefully monitor the testing and data from stations several miles away, noting how the tank responds to the varying pressures and mechanical loading through a series of sensors attached to the tank. 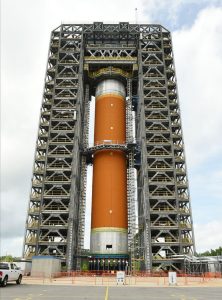