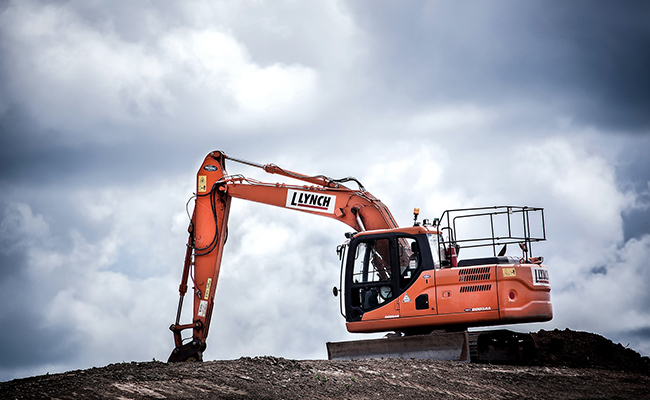 Hydraulic and electric heavy equipment motors are two popular options for companies’ machinery needs. In many cases, businesses can select one when buying or renting new machines.

While both are popular options, there are significant differences in performance, maintenance, power, and efficiency. Equipment choice can lead to considerable long-term consequences as a result. Why are businesses choosing between electric and hydraulic equipment and what makes hydraulic equipment the better choice?

Cost is often a major deciding factor when businesses opt for electric motors rather than hydraulics. Electric often costs less; hydraulics is somewhat expensive as a rule.

However, in some cases, hydraulic machinery may actually be cheaper. For example, hydraulic injection presses predate electric models by a significant margin. Despite the growing availability of all-electric versions, hydraulic ones are often less expensive. This example is an exception rather than the rule.

Many electric motors are available, while you may have fewer motor type and configuration options if you choose a hydraulic one. As a result, you may find that your specific needs or project requirements can only be met by available electric motors.

Beyond cost, however, hydraulic motors generally perform better when it comes to durability, reliability, power, and maintenance needs.

As a result, hydraulic motors are a better choice in many scenarios. In others, they’re the only choice. However, making that determination depends primarily on how you plan to use the new machine.

In general, hydraulic motors are better suited than electric ones for harsh operating conditions.

The windings in electric motors are sensitive to environmental contaminants like water, dirt, and dust. Contaminants can cause windings to fail over time or immediately. When a winding shorts, the motor will need to be rewound or replaced entirely. These repairs can be expensive, especially right now, when higher-than-usual part prices and lead times have become the norm. Supply chain slowdown can be combated with the help of Internet of Things (IoT) technology, but that’s cold comfort if replacements are needed immediately.

For example, abrasion from cement dust or fly ash can wear away at a winding’s insulation. The buildup of debris can also make it less effective, increasing the risk that thermal stress causes the windings to fail. This may also reduce electric motor performance without causing failure, meaning the motor may underperform without necessarily signaling the underlying problem.

Water, moisture, and condensation can all cause windings to short. Damp working conditions can easily shorten the life span of an electric motor and its windings. Waterproofing electric motors is possible but often impractical.

Electric motor windings can also be vulnerable to corrosive and conductive chemicals. They may quickly eat away at the winding insulation or create electrical issues that may be hard to track down and diagnose effectively.

Electric motors can be exposed to all these environmental stresses on a construction site.

Proper maintenance can extend the life span of electric motors used on construction sites and similar environments. However, environmental stress will begin to cause problems quickly, requiring additional maintenance and repairs.

Hydraulic motors aren’t immune to environmental stress, but they often tolerate it much more effectively. They don’t need to generate electricity, so they lack the sensitive windings that often fail when exposed to harsh operating conditions.

Preventive maintenance measures, like a corrosion-resistant cover in the form of nickel plating or paint, can also provide additional protection to hydraulic motors that operate in harsh working environments.

Electric motors likely won’t be an option for machines that need to operate underwater. These engines exist, but sealing them is expensive and a significant engineering undertaking. By contrast, a properly designed hydraulic motor should work underwater with much less fuss.

If you need a motor with significant power or if you expect to put a motor under severe strain, hydraulic motors are generally a better option. Electric motors can generate torque comparable to hydraulic versions, but you may need a much larger motor, which may be impractical.

Hydraulic motors can generally produce torque suitable for equipment like construction machinery without needing to be as large. In most cases, the strength of a machine itself, rather than the engine’s power, will be the limiting factor in its capabilities.

The capabilities of electric and hydraulic motors can have a major impact on machine performance. Properly sizing new equipment is essential. Purchasing something that isn’t powerful enough for a job, or down-renting similar items, can create safety issues and make some jobs impossible. Hydraulic motors make it easier to find machinery with the right size and power for a job.

When the load on a motor increases dramatically, it eventually stalls. Most electric motors have greater difficulty with large loads than comparable hydraulic motors.

Electric motors generally do not respond well to loads that have the potential to stall them. Stalling can cause significant damage if a machine is not designed to handle stall torque. In some cases, electric motors can survive stalling for a short period, but there is significant inherent risk when this happens.

By contrast, hydraulic motors tend to handle stall loads better. They can stall under an excessive load, but it likely won’t cause significant damage. However, over time, stalling may cause important motor components to fail. Hydraulics is generally a better choice if you expect the motor to handle excessive loads.

It can be challenging to make the right choice between hydraulic and electric heavy equipment motors. Electric versions are generally cheaper and can drive down the cost of equipment. Hydraulic motors, while more expensive, tend to outperform electric models and may actually save money in the long run.

Hydraulic motors can handle excessive loads more effectively than their electric counterparts and also tend to resist harsh operating conditions better. In some scenarios, like a machine that needs to operate underwater, electric motors are not a practical option.

Hydraulic and electric motors are likely to remain widely available well into the future, but hydraulic motors are often the better choice.

One thought on “Hydraulics Offers the Advantage for Heavy Equipment”