IFPS elected two new directors-at-large to the board of directors at the fall meeting in October. The members take office this month. 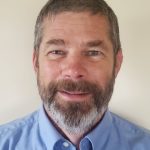 Stephen Blazer, PE, CFPE, CFPS, CFPMHM/MHT, is manager of prevention and product safety at Altec Industries. Blazer earned a bachelor’s in mechanical engineering from Kansas State University in 1986 and began his career at Boeing Aircraft Company in Wichita, Kansas. In 1988 he joined Altec, where he’s worked in many different roles and with a variety of groups. In his spare time, he operates a small family farm producing corn and soybeans, along with specialty crops of Aronia berries, chestnuts, and papaws. He also tends a dozen beehives for honey production and enjoys hunting, fishing, flying, and restoring antique airplanes and classic muscle cars, including a 1965 Ford Mustang. He is married and has three wonderful children. 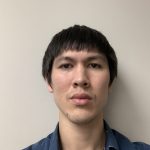 Ethan Stuart, CFPS, CFPECS, is an application specialist at Wainbee Limited. Stuart earned a bachelor’s in applied science from the University of British Columbia and has worked at Wainbee for nine years, designing custom fluid power systems. He is engaged to be married.