International Fluid Power Society Announces 2018 President and Board of Directors 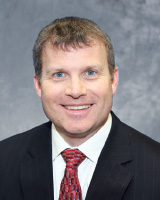 Dean has served as IFPS first vice president, IFPS vice president of education and as chair of many the IFPS subcommittees. Dean is currently the Director of Engineering for Cemen Tech Inc., the world’s largest manufacturer of volumetric proportioning and continuous mixing concrete systems. “I’m honored to be elected by the IFPS membership. Fluid power plays an important role in our world today and I’m excited for the year ahead as we work to promote professional development opportunities through training and certification,” said Dean.

The following officers were confirmed at the IFPS 2017 Annual Meeting:

Directors-at-Large were also confirmed during the meeting:

We would like to thank the following outgoing Directors as they complete their tenures on the IFPS Board. Their years of service, commitment, and expertise helped steer the Society in its mission.