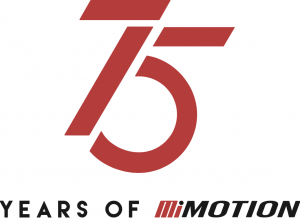 Motion Industries Inc., a distributor of hydraulic and pneumatic components, other parts and services, and industrial technology solutions, is celebrating its 75th year in business.

Various activities in celebration of the milestone are planned to engage employees, vendor partners, and customers. New advertising and other communications will highlight the anniversary as well.

The company was founded in 1946 by two friends – a U.S. Marine Corps veteran and a U.S. Navy veteran – who purchased the industrial parts supply business Owen-Richards and opened its first location in Birmingham, Alabama. Over the years, the company expanded regionally, then nationally, and finally into Canada and other countries. Service offerings have expanded over time from mainly power transmission parts to a variety of product lines, services, and technologies used in diverse industry markets. This year also marks the 45th anniversary of Motion becoming a subsidiary of Genuine Parts Company in 1976.

Motion is building a hydraulics facility near its headquarters in Birmingham that is scheduled to open in the fourth quarter of this year.