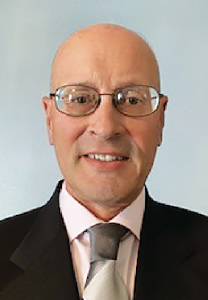 By Rocky Phoenix, CFPMMH, IFPS Board of Directors President

The year 2020 was a great one – to put behind us! I won’t talk about all of the problems and issues that occurred then; rather I would like to talk about the fantastic opportunity that has been presented to us, which is the potential to recruit talent to our industry that might not have been available previously.

You will recall that the pandemic created high unemployment and massive layoffs in the nonessential segments of many industries during the spring of 2020. However, if you were involved in fluid power, you were most likely considered an essential worker, keeping this country’s economy from crashing like it was 1929. And you probably retained your job, although you might have been working from home! For the 23 million people who became unemployed because they were considered nonessential, they might be rethinking their career choice, and here is the fantastic opportunity for the fluid power industry.

Nonessential. Nobody wants that label, and people from all walks of life want the promise of a successful and fulfilling life that only the United States can offer. This is where you, the business owner, supervisor, or individual comes in. Recruit for our industry! I suggest that each and every one reading this column go out and recruit just one person (or more) who may not have had that “essential” job, or may not be currently employed, and may not be aware of the potential that a successful career in the fluid power industry offers. She may not be the typical person you would interview for a position within your company, but think of the possibilities of bringing that bright and innovative mind to our industry with guidance and mentoring.

The fluid power industry is an amazing group of talented and intelligent individuals, but let there be no mistake: if we do not recruit for the future we will be left behind. We need diverse and innovative people who are available and hungry for a new career now. We will need this new and diverse group if we are to succeed in the future as the primary leader in motion control.

The idea is to pull this person into your life and be generous with your time and guidance, and if financially possible sponsor a membership in a fluid power organization to get them involved right away. If this candidate shows exciting promise, then lead them through a training and certification program, and sponsor them for that too. If you don’t think you can afford to help someone bring their talent and innovations to our industry, you will be disappointed when you become that nonessential worker because you didn’t look toward the future.

The U.S. education system is one of the best in the world, but it doesn’t do well at providing vocational and trade opportunities to learn and grow. The formal schools and courses available for fluid power have not been increasing but, in fact, are dwindling. We have been left to our own devices to train people for the industry. We need to help those who have been left behind in our education system and show them there is an alternate route to a successful career. A four-year degree in history might not be useful in the future as a career path, but experience and certification in fluid power will be. You are needed to help fill this education gap, so let’s take advantage of this opportunity and start recruiting.

We will need to think outside of the box when looking for that new person to recruit. Stereotyping a person because of their background or appearance will not help our cause. You must be willing to look at a person’s potential and what they can bring to the industry. We want people with aptitude and a willingness to learn. A person with mechanical or analytic thinking skills will bring new ideas to the industry. Dig a little deeper into that person’s background. What are their hobbies? Custom cars, computers, woodworking? We are looking for people willing to learn and think on their own. Think outside of your normal recruiting parameters. We are a country of innovation and an ability to make the impossible possible, and you are part of that process!

As my favorite coach, Chuck Knox, would say, “Its go time!”