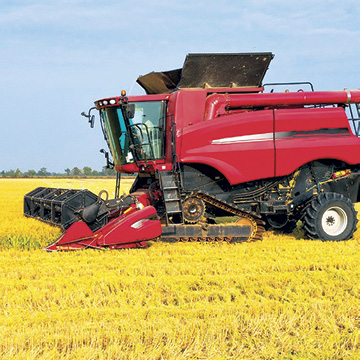 Selecting the right hydraulic fluid for an application is not always an easy task for a hydraulic system operator. When the application is ecologically sensitive, the selection becomes even more difficult, especially since there is no uniform set of tests that clearly indicate the fluid’s performance or the ecological effects if the fluid spills or leaks. In addition, there is much misinformation from companies and organizations pushing their own agendas. This often leaves hydraulic system operators to choose between sacrificing the environment for performance, or sacrificing performance for the environment.1

US Environmental Protection Agency (EPA) regulations dictate rules for fluid release, but the language in the regulations is still vague about what separates a real environmentally acceptable lubricant (EAL) and fluids that are just “good enough.” Testing is not always required for a product to be labeled as an EAL, which means there is not necessarily any proof that a fluid (base oil and additives) is any better than the mineral oil product it is trying to replace.2

Since traditional hydraulic fluids have been deemed a hazardous material, any reduction in their environmental footprint is seen as a major step forward. An example of this is the push for bio-based products. Although the base fluid in these products is fully biodegradable and offers several benefits, the base fluid alone will not last long enough to be cost-effective. As a result, the blending done or the additive pack included to increase performance decreases the environmental benefits.3

Fluid performance testing is conducted under ideal conditions, but does not look at how the fluid performs at the end of its usable life. Some products that state they are environmentally acceptable begin to breakdown quickly and performance degrades rapidly thereafter.4 These fluids can also have a large increase in toxicity as they degrade and become contaminated.5 These are just some factors that make users skeptical about the EAL options available on the market.

Next Generation of Hydraulic Fluids

The next generation of hydraulic fluids must solve the problem of providing high-performance while meeting environmental safety requirements. EnBio Industries has produced a patented polyalkylene glycol (PAG) blend that is a next generation of hydraulic fluid. EnBio lasts twice as long as mineral oil products and three- to four-times longer than bio-based products. It also increases the efficiency of the pumps, thereby improving performance and lowering fuel/energy consumption.

EnBio’s high performance is possible due to the following: a high viscosity index (VI) (ensures fluid stability throughout the operational temperature range of the equipment); no shearing (the viscosity will not change throughout the life of the fluid); minimal wear on equipment (over 80% less wear (Vane pump test) compared to leading fluids); no varnishing or creation of sludge within a hydraulic system; and a coefficient of friction roughly half of other fluid options.

University testing of EnBio (Texas A&M; Penn State; University of Nevada, Reno: and Edison College) looking at all three environmental factors (toxicity, biodegradation, and bioaccumulation) concluded that EnBio’s formula has near zero impact on the natural environment when a spill occurs under realistic conditions. Independent testing is needed as not all fluids can be tested in the same manner. For example, tests developed to review chemicals that solubilize in water, such as OECD 203, are meant to understand the effects of the solution on biological material (like fish).6 However, most fluids – like mineral oils – are not water soluble, and with a lower specific gravity actually float to the surface. The test results are false positives because the hydraulic fluid never actually entered the fish’s gills.7 Even among PAGs, EnBio is the only one that passes the biodegradation test OECD 301B across the entire product line.

The hydraulic system operator’s choice of a fluid must not only meet performance requirements and comply with regulations, but must also be cost-effective. Synthetics and environmentally acceptable fluids generally have a higher price than other types of fluids. However, the long-term savings, when key areas are considered, such as the costs of maintenance, wear and tear, equipment lifespan, and equipment replacement, can be highly significant; especially if the potential costs of a spill or leak are factored into the overall cost calculations. EnBio’s performance benefits allow for significant cost saving when compared against other options.

Fluid compatibility – especially with EALs – should always be checked. A small number of materials, such as Buna-S and pure urethane, do not perform well with EnBio. For non-virgin systems, the conversion is also important as PAGs are not miscible with other fluids, except other anhydrous PAGs. EnBio Industries assists customers throughout the conversion process.

The EnBio Industries product line allows operators to use a fluid that will promote cost reduction, prevent environmental issues with near zero ecological impact, and increase performance, making EnBio the next generation of hydraulic fluid.