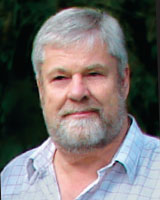 Is it possible, in the 21st century, to build a hydraulic system that doesn’t break down? Mechanical devices will eventually wear out, of course, so by “break down” we really mean fail unexpectedly. To help us achieve this aim of perfect reliability, we now have systematic tools available, such as proactive maintenance procedures and Design For Six Sigma (DFSS).

The objective of DFSS is to design systems that have a target reliability level of at least 99.99966%, which equates to no more than 3.4 failures in every million opportunities. Proactive maintenance combines many of the techniques of preventive and predictive maintenance into a process also designed to achieve similar levels of reliability. The essence of both tools is to attempt to think of all possible failure mechanisms and then to prevent them from happening, either by design or maintenance.

However, safety experts tell us that between 80% and 85% of industrial accidents are caused by human error, so is perfect reliability already a lost cause? Fortunately, human beings are very predictable animals, so it’s a fair bet that at some time during the life of a hydraulic system, someone will try to start it up with no oil in it. There’s a 50:50 chance that when the electricians first wire up the electric motor, the motor (and pump) will run backwards. If there’s a shut-off valve on the inlet or drain line of the pump, someone’s inevitably going to start the pump up with one or both of the valves closed. If something is adjustable, then as sure as eggs is eggs, at some time or another, someone will adjust it. If there is an accumulator on the system, sooner or later someone will forget to drain it down before starting maintenance work on the system. And one thing that’s 100% certain is that if there’s a pressure-compensated pump on the system with a relief valve to protect it, one day the compensator will be wound up higher than the relief and the oil’s going to boil.
Anyone who’s worked with hydraulics for any length of time could probably come up with a whole page full of such instances. It’s not that maintenance people are fools; it’s just that sometimes we get tired and lose concentration, sometimes our mind is elsewhere, and sometimes we forget things. Sometimes we don’t really know enough about the job we’re doing, so we shouldn’t really be doing it … but someone has to. So there are all sorts of reasons why people sometimes do stupid things; I’ve done enough myself to know.

Engineers therefore need to think about all these things that might (or rather, will) go wrong and try to design them out. Automatic drain valves for accumulators, interlock switches on shut-off valves, float switches in tanks, thermal cut-off switches, lockable adjusters, etc. I know, it all sounds very expensive, but probably not as expensive as the first breakdown, if anyone ever stops to reckon up its true cost. Not only are we talking about lost production, consequential repairs, premium labor rates and shipping costs, clear-up costs, etc., but we may also be talking about people’s well being and even their lives.

To illustrate the point, in 1886 it was decided that a new bridge was required across the River Thames in London, but being downstream of what was then the biggest port in the world, it had to allow tall-masted ships to pass freely beneath it. The result was Tower Bridge, one of the best-known landmarks of the City of London with its two opening sections or “bascules”. The problem was, each 162-foot long bascule weighed around 1,500 tons, and for the bridge to open, each had to tilt through almost 90 degrees in just over a minute then close again once the ship had passed through. To begin with, this would happen more than 20 times a day. The solution was eight 20-gal/rev hydraulic motors (with built-in brakes) operating via a curved rack and pinion arrangement. But being aware of the consequences of a failure of the bridge, the Victorian engineers built in numerous parallel systems and devices, and no doubt when the bridge opened in June 1894, they were confident that they had covered every eventuality.

Unfortunately they were wrong, and one sunny afternoon in July, the bridge suffered a mechanical failure and failed to close. However, this was in July 1968 and in the interim 74-year period, the bridge had hydraulically opened and closed its 1,500-ton bascules 352,713 times.

So is it possible, in the 21st century, to build a hydraulic system that doesn’t break down? Maybe not, but we should be able to get pretty close if they could achieve 99.99972% reliability in the 19th century.

ABOUT THE AUTHOR
Steve Skinner’s 46 years of experience with hydraulics was gained mainly with Vickers and subsequently Eaton in the UK. Although having roles in applications, sales, and product management, for most of his time there he was employed as European training manager. Now a freelance lecturer but still actively involved in BFPA and CETOP fluid power certifications, he will shortly be publishing a book on the history of hydraulic fluid power. Visit www.steveskinnerpresentations.co.uk.