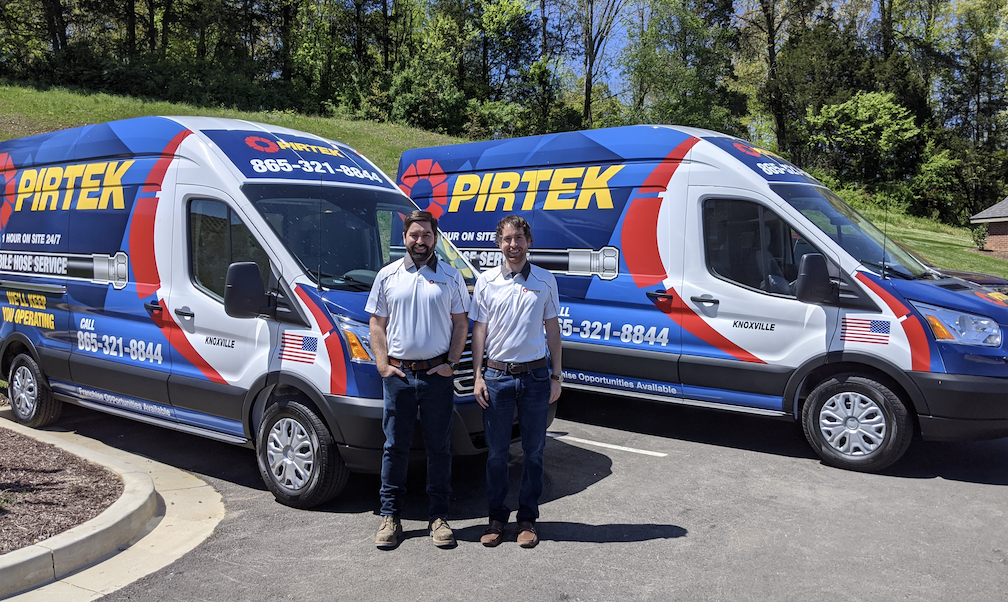 PIRTEK on April 13 announced a mobile-only franchise in Knoxville, Tenn., marking the company’s third location in the state.

Other PIRTEK locations service the northern and southern regions of the Tennessee. The new location will serve the eastern region and will be known as PIRTEK Knoxville, the company said in a press release.

The franchise is owned by brothers Drew and Kyle Roschli. The business will operate as part of PIRTEK’s Tier 2 franchise system. Under Tier 2, a franchisee keeps inventory in a small warehouse or storage facility and leases two vehicles to serve customers. The standard Tier 1 model requires a franchisee to run a full-service and supply center staffed with six team members and at least two mobile-service vehicles. Tier 2 owners are expected to advance to a Tier 1 location in three years.

PIRTEK USA specializes in hydraulic and industrial hose services with 24/7 onsite repairs. PIRTEK boasts more than 400 franchise locations in 23 countries around the world.