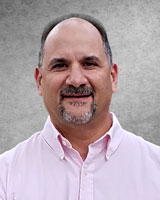 Peerless Electronics Inc., a leading USA stocking distributor of switches, relays and circuit breaker products, has announced the appointment of Mr. Todd Schlott to the position of Industrial Sales Manager. Mr. Schlott, who will be based in Florida, is a 30-year veteran of the U.S. industrial electronics distribution industry, and has held VP and sales management positions at some of the industry’s most prestigious companies.

Mr. Bill Gallucci, President of Peerless Electronics Inc., stated, “Todd Schlott represents a most valuable addition to our team and will manage our fast-growing Industrial Market sector presence. Peerless Electronics has been focused on industrial components for decades, and Todd brings additional hands-on experience, as well as incisive product and applications knowledge. His sales initiatives and training techniques have been honed through the years and will help direct Peerless sales personnel, both inside and in the field.”

Mr. Schlott, a graduate of Lincoln Technical Institute School of Engineering, commented, “I was impressed with the Peerless strategic plan and the broad array of major lines that Peerless represents. The company’s culture and history, which date to the end of World War II, were uniquely appealing and influenced my career choice.”