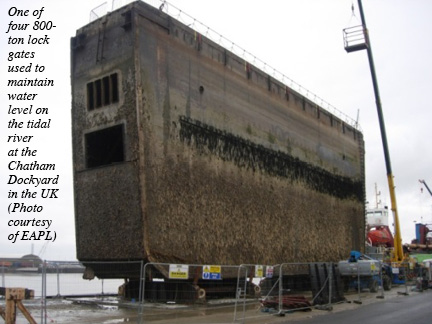 Chatham Dockyard on the tidal river Medway in South East England was expanded during the 19th century, and to maintain the correct water level for shipbuilding, four 800-ton watertight dock gates were installed at its access points. The original gates moved on sloping granite surfaces and were steam driven, remaining operational for many years. But by 2012, major repair work was required, and Peel Ports, the dockyard owners, decided to update the mechanisms on two of the gates with new electro-hydraulic systems and controls.

To meet the challenge and ensure extended design life, Sun Hydraulics UK partnered with Ipswich Hydraulics, with Sun equipment being selected for its recognized product quality and valve availability needed to meet the aggressive completion timeline plan at the dockyard.

The new mechanical drives consist of a “shuttle” linked to each dock gate. The “shuttle” runs on rollers guided by wall-mounted rails with dual independent chain drives. The chains’ speed and direction, used to pull open and pull closed each dock gate across the access channel, are controlled through hydraulic motors and gearboxes.
The total travel of the shuttle is 30 meters (100 feet), and the hydraulic drives had to have precise speed controls synchronized to avoid any shuttle “crabbing” or slewing, which could jar the drive.

The new electro-hydraulic system uses closed-loop control with linear feedback transducers along the rails to control the dock gate speed and maintain close alignment of the shuttles. 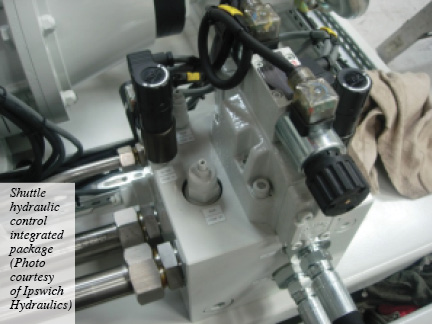 All the Sun proportional valves included the rugged embedded digital amplifiers and twist/lock manual overrides, which were used during initial commissioning and left in place for troubleshooting or emergency operation.

The control systems worked as planned from initial installation with minimal adjustment needed and showed no more than 15-mm synchronizing error over the total distance traveled. The project demonstrated Sun cartridge valves perform reliably in the most demanding of applications. 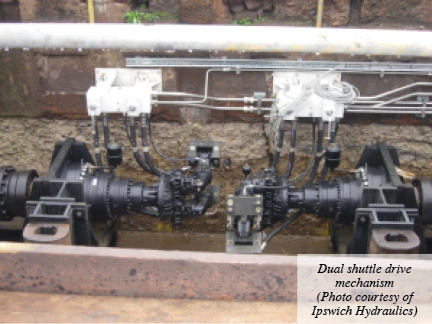