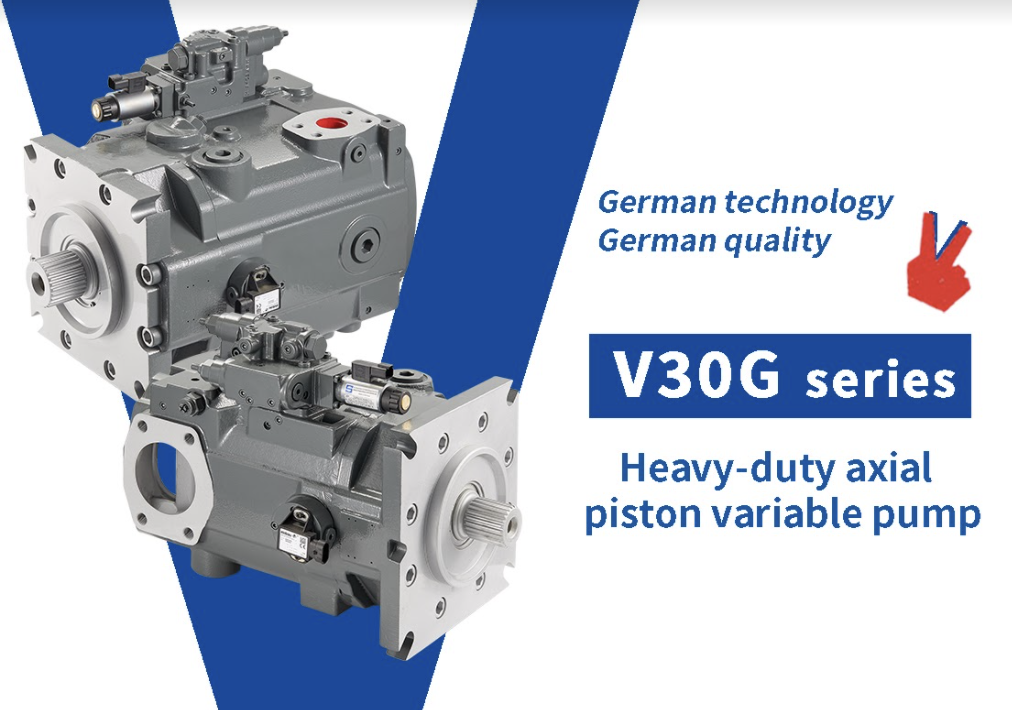 Hengli Hydraulic’s V30G series heavy-duty axial piston variable displacement pump was specially designed for continuous heavy-duty applications. The product was developed by Germany’s InLine Hydralic Co. based on its 70-year history in research and manufacturing of heavy-duty piston pumps combined with the application experiences and technologies of Hengli’s V30D and V30E series pumps.

To meet the working requirements of different applications, the V30G series offers a variety of displacement and control options, such as the control modes for power, pressure, load sensitivity, electric proportional displacement, and so forth. The flange design can be tailored to customer requirements for more flexible mounting. In high speed and high torque working conditions, the pumps can be used on the mobile machinery such as concrete pumping units, cranes, drilling rigs, and the hydraulic systems of shield machines, forging presses, and extrusion presses.

Compared with the previous series and similar products on the market, the V30G series has made the numerous improvements in general performance:

The V30G series has been used in concrete pumping units, cranes, and extrusion presses in China and shows stable operation and excellent performance. In the future, mobile machinery and other equipment may operate more accurately and efficiently.