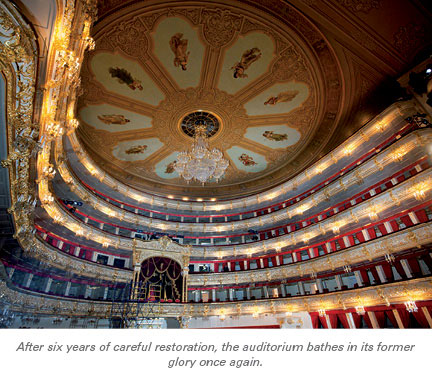 Before the Bolshoi Theater in Moscow could reopen, six years of complex renovation work was required. As general contractor for the extremely powerful and flexible stage technology, Bosch Rexroth AG planned, installed, and put into operation more than 600 electrical and hydraulic drives, as well as stage-controlled equipment for the over- and under-stage machinery.

It is now show business as usual at the Bolshoi Theater in Moscow, which has been declared a World Heritage Site. Theater fans can discover sophisticated, state-of-the-art stage technology behind the full-retained historical façade, which dates from 1825. The external dimensions of the building had to remain unchanged during the renovation, and so the stage area was completely gutted and a new room was built for the stage technology. The stage pit, for example, which holds the stage platforms, is now more than 20-meters deep.

The seven large stage platforms manage to impress: each platform has two levels and is 22-meters long, 3-meters wide, and 10-meters high. Each platform weighs approximately 70 tons. The hydraulic drives move smoothly up and down over a distance of 16 meters at a speed of up to 0.7 meters per second. And none of this can be heard in the auditorium. Not only is the hydraulic unit extremely quiet, but Rexroth has also placed it as far away from the audience as possible in the lowest part of the basement.

The over-stage machinery has a variety of functions. For example, a winch can lift up to one ton at a comparatively high speed of up to 1.8 meters per second. The spectator, meanwhile, must not be able to hear anything at all from the drives during the movement. For this reason, very quiet machine technology is used in combination with effective sound insulation to prevent disruptive noises.

An additional challenge is to ensure absolute safety. Artists and stage personnel may be on stage while heavy loads are moved above them. Sophisticated sensors and numerous software functions in the Rexroth stage control system ensure that dangerous situations do not arise. 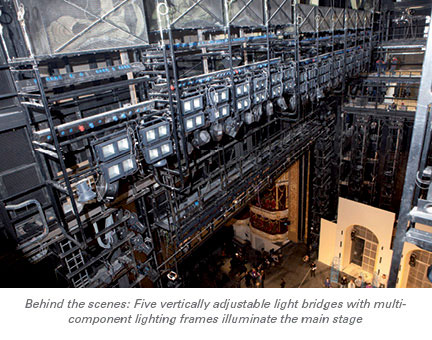 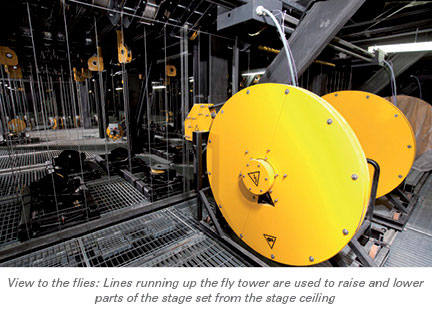 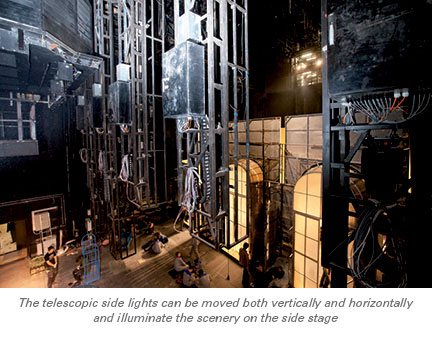