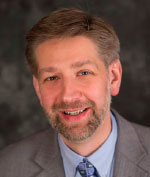 Earlier this year, I attended a meeting of the Industry Advisory Board (IAB) of the Center for Compact and Efficient Fluid Power (CCEFP). It wasn’t a hard decision for me to attend this event. First, it was held in Milwaukee, where NFPA is headquartered and where I live, at the great Grohmann Museum on the campus of the Milwaukee School of Engineering (MSOE). And second, I’m actually chairing the IAB this year, so my attendance there was more or less required.

The IAB holds two or three of these events each year, typically hosted by one of the seven universities that comprise the CCEFP. They are great events both for getting updates on the fluid power research projects being done at CCEFP schools and for getting a closer look at the fluid power laboratories and other resources available to industry at these schools. By way of example, if you’ve not yet seen or figured out a way for your company to benefit from MSOE’s Rapid Prototyping Lab, you’re really missing out.

But what I really want to talk about here are the research presentations—because they are offered not by gray-haired professors, but by the masters and PhD students that are actually working on the research. Putting these young people in front of industry and getting them to engage with each other—the students by presenting the results of their work, and industry by asking questions and helping to guide their efforts—has resulted in more than one job offer and acquisition for the fluid power industry.

At the MSOE meeting, there was an extra treat. Each year, the CCEFP hosts a Research Experience for Undergraduates (REU) program over the summer. This is where interested undergraduate engineering students tackle a fluid power research project, utilizing the fluid power laboratories and mentorship bench that has been built in the CCEFP schools. Those REU students that were working at MSOE this past summer also presented their research results at the IAB meeting, including a young woman named Sophia Dolan. Here’s what Sophia had to say about her project, which I’ve taken directly from the blog all the REU students maintained during their summer experience: “My project this summer was about the triboelectric effect in return-line and tank-mounted filters. The triboelectric effect is the phenomenon responsible for most everyday static electricity, and occurs in filtration systems between the filter media and the oil because of the large amount of contact between the two. Previous research at MSOE has discovered that replacing filter component materials with electrostatic dissipative (ESD) materials can greatly decrease the electrostatic charge generation in tank-mounted filters, but is less effective in return-line filters. My goal this summer was to determine why the ESD material worked so well in tank-mounted filters and not so well in return-line filters.”

“As I mentioned before, there still is a lot of possible future work to do on this project. First, the way I set up the return-line filter with the added conductors changed several other variables—such as the pressure at the filter and oil flow rate. Although I have reasons to believe these wouldn’t significantly influence the charge generation, it would be best to create a setup that was identical in every way to the previous setup. Second, the data acquired from the first set of tests (that varied the velocity of the oil through the filter) has several interesting trends; what I’m working on now is trying to fit an equation to all of the data.”

She had everyone’s attention while she presented this information. Well spoken, inquisitive, and confident. Pretty much what everyone is looking for in a future engineer. I chatted with her a little after her presentation to find out what she thought about fluid power as a possible career path, knowing that not every REU student is necessarily looking for that. Here’s what she said to me, which she also posted on her blog:

“I think one of the biggest things I will take away from this summer is an appreciation for how big the fluid power industry is. For my REU program, I was lucky enough to be able to work in MSOE’s Fluid Power Institute (FPI). Not only did I get to see the other projects at the FPI, I also got to go to several events hosted by the FPI, such as a tour of a Caterpillar hydraulics factory, and talk to many different professionals working in fluid power. Before applying to CCEFP’s REU program, I hadn’t really heard about fluid power, but now I realize how exciting and diverse of a field it is!”
Is this perhaps one more successful acquisition for our industry?