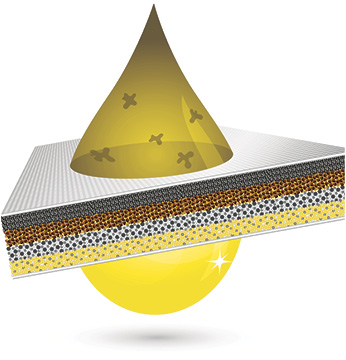 I once worked at a blow-molding facility with 16 hydraulic power units. The units had been made back in the 1960s, purchased at auction, then returned to “like new” condition. The “like new” condition was that of the original design which produced a lot of heat. The heat made the seals brittle, creating leaks and requiring a continuous effort to keep the reservoirs “topped off.” Each reservoir had a filler port with a cap on it. In the interest of convenience, the maintenance team would often leave the fill port uncovered. Fluid was transferred from a 55-gallon drum to a 5-gallon pail. The technician would then bring the pail and a funnel to the reservoir and pour the fluid into the fill port.

Now, most of us know that the major cause of failure in our fluid power systems, both hydraulic and pneumatic, is contamination. Back in 2008, there was an article in Fluid Power Journal titled “Let’s Keep It Clean.” It is hard to “Keep It Clean” when a major source of contamination may be the new fluid that is added to the reservoir. The article stated:

“We have mentioned some of the ways contaminants get into the fluid such as normal wear, particles that are “breathed” in as the level in the reservoir rises and falls, and the contamination from particles etch and jam in the system. An often-overlooked source of contamination is the new fluid that is added to the reservoir. The standard cleanliness level of new fluid does not meet the requirement for most of your components. That shiny new 55-gallon drum of fluid sitting on the loading dock is likely to have a lot of particles in it, and remember; you can’t see them! The fluid should always pass through a filter as it is added to a reservoir.”

The International Fluid Power Society has made it a point to emphasize both the need and the techniques for maintaining fluid cleanliness levels that meet the requirements of the system. A well-designed hydraulic system will include assurance that only properly filtered fluid is added to the reservoir. This may be by means of a filter cart that is used to transfer fluid from storage directly to the fill port of the reservoir, or the required use of a port in the return filter to receive the transferred fluid. In either case, no unfiltered fluid enters the reservoir.

However, many users of hydraulic equipment are untrained and unaware of the hazards of using unfiltered fluid. Small reservoirs are usually made with one fill port, so it is the only location for adding fluid. Similar to the blow-molding facility, little attention is paid to pre-filtering the fluid. To minimize the potential hazard, many manufacturers make filters that replace the filler caps. These may be provided as standard equipment along with the reservoir, and they do add a layer of protection for both the transfer of air and the adding of hydraulic fluid. These filters are good at keeping out large contaminates, but do not prevent the particles that are less than 25 microns (the ones that do the most damage) from entering the fluid. Because these filters are used to replace the filler caps and can filter the air that is “breathed” by the reservoir, they are often referred to as Filler/Breathers.

The International Fluid Power Society encourages the industry to recognize the need to properly filter the fluid added to the reservoir. The devices that replace the filler caps and are used to filter the air breathed by the reservoir, as well as prevent large items from falling into the reservoir, are referred to as Filter/Breathers, not as Filler/Breathers. This might seem like a nitpicky nuance, but the difference in connotation is important. If an untrained maintenance person is given the instruction to fill the new reservoir, it would only seem reasonable to use the part called the Filler/Breather as the location to add the fluid. Removing the cap would reveal a nice, shiny mesh screen and, without proper training, it would seem only logical that adding fluid here would prevent any bad stuff from getting into the reservoir.

When there is provision for properly adding fluid through the return filter, accurately referring to the device as a Filter/Breather may discourage someone from using the wrong location as the fill point. When this is the only opening to the reservoir, having a Filter/Breather forces the question as to where and how the fluid is added.

To achieve certification as a fluid power professional, a candidate must properly identify and describe fluid power symbols. The Filter/Breather must be properly recognized and not described as a Filler/Breather.

Many excellent manufacturers still market their Filter/Breathers as Filler/Breathers because this is familiar to the industry, and it does define the location where the filter is to be installed. But for clarity and consistency, it would be best to describe them as Filter/Breathers.