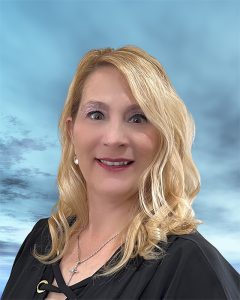 Donna Pollander, executive director of the International Fluid Power Society, has been promoted to CEO of the organization.

“Donna was in reality performing the duties as CEO for quite a while,” Denis Poirier, IFPS board president, said in the press release. “So the board felt it was time to acknowledge her efforts.”

Pollander started her career in fluid power in 1995, working part time with the company that managed the Fluid Power Distributors Association. She’s held various positions in the management company until her promotion to IFPS executive director in 2003. IFPS decided to hire the staff in 2014.

“IFPS is part of the fiber of who I am, and I am proud to see it flourishing,” Pollander said in the press release. “IFPS’s future is bright, and I am very excited to be at the helm of such an integral part of the fluid power industry!”

IFPS is a nonprofit 501(c)(3) professional organization of individuals dedicated to enhancing the quality of certifications, educational opportunities, technology evolution, and professionalism within the fluid power industry. IFPS was founded in Detroit in 1960 by a group of 30 professionals interested in supporting the future of the fluid power industry and the ever-changing technologies involved. Beginning with the first Fluid Power Hydraulic Specialist Certification in 1980, IFPS has become the recognized industry leader in fluid power and motion control certifications. Fifteen different certifications are currently offered, and two are in development. The certifications cover diverse job descriptions, including mechanic, technician, specialist, system designer, and engineer. To date, IFPS has issued over 34,000 certifications.