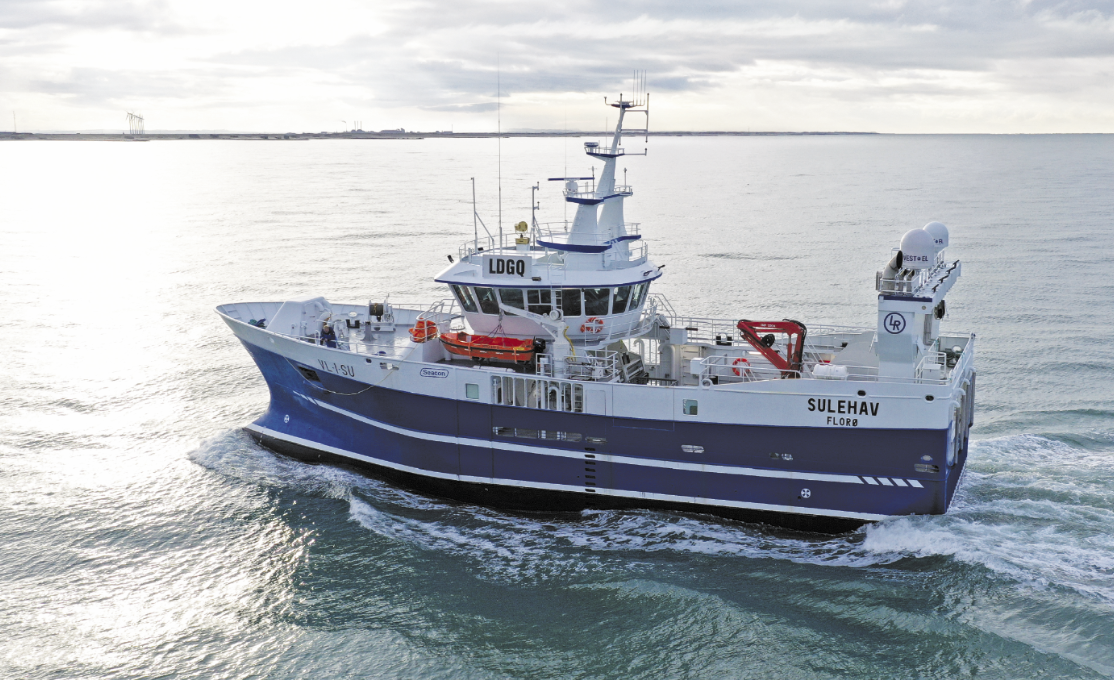 The number of motorized vessels has remained steady over recent years, with an estimated 2.9 million operating globally in 2018 despite efforts to reduce fleet sizes, notably in Europe in 2000 and China in 2013. At the same time, the overall development of capture fisheries has resulted in the use of fewer fishing boats, making efficiency more crucial than ever to maximize productivity while at sea. Reliability and uptime are also vital to revenue. Shipbuilders rely on rugged and dependable products when building new vessels or repairing existing ones.

For the last 40 years, Danish shipbuilder Thyborøn Skibs and Motor A/S has built and repaired fishing vessels for fishing fleets worldwide. Toward the end of the 1970s, the company decided to take a modular approach to creating new fishing vessels to operate in the harsh environment of the North Sea.

The benefits of this tactic are twofold. It enables the latest digital technology to be incorporated into the boats, and it is relatively simple for customers to implement the technology without significant redesigns.

Danfoss Power Solutions provides several components for the Thyborørn Skibs and Motor shipyard, including valves, pumps, motors, and joysticks. The shipbuilder has installed Danfoss hydraulic systems on countless ships, the latest being the new Sulehav fishing vessel. The 34 x 10-meter (111 x 33-foot) breadth ship operates in the North Sea along the Norwegian Coast and can carry up to 40 tons of fish.

With a coastline stretching more than 83,000 km (51,573 miles), Norway is one of the world’s leading fishing nations. The country’s vast marine areas, including many fjords and islands, provide ideal conditions for aquaculture production and are among the most productive globally. Despite this, the number of fishers and registered vessels has sharply dropped since 2000 due to regulations and quotas.

To ensure the highest productivity, when it’s at sea, Sulehav is managed by six persons. Its total crew is twelve working rotationally for four weeks on and four weeks off. This arrangement means that Sulehav can operate all year round – except for a Christmas break – ensuring that it brings in significant revenues. 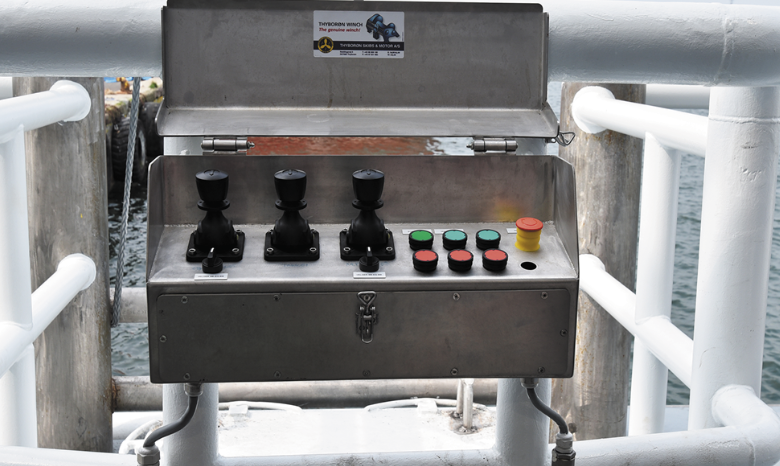 Danfoss’s portfolio of valves includes the high-flow PVG 128 and PVG 256 models, which have a flow of up to 1,200 liters (317 gallons) per minute and pressure of 420 bar (6,091 psi). The high-flow range of valves offer greater flexibility in system design. This kind of flow is especially suited for fishing vessels that perform many functions at the same time. Valves allow thrusters, net drums, and winches of various sizes to perform different tasks and cylinder functions on the boats. The PVG 32, PVG 128, and PVG 256 valves control up to 30 functions on ships built or repaired by Thyborøn Skibs and Motor.

The PVG 32 model has been a popular valve for over 30 years, largely due to its modularity, as it can be designed in millions of different combinations. Danfoss can create a valve that fits precisely to a customer’s individual needs and demands. The PVG 32 valve is suitable for applications across the marine, mobile, and industrial markets.

The valve can be easily integrated with the newer PVG 128 and PVG 256 valves to create a combined valve stack. Each section of a valve stack controls a different function on the Thyborøn Skibs and Motor vessels. The PVG 128 and PVG 256 models can be engaged with up to 500 liters (132 gallons) per section, when higher flow and pressure are required for functions such as thrusters and rope winches, while the PVG 32 can be used when a flow of a maximum of 130 liters (34 gallons) per minute is needed for tasks undertaken by small winches, brakes, and cranes. Any combination of the three valve models is possible, with valve stacks of up to 10 sections in use on ships built or repaired by Thyborøn Skibs and Motor.

Danfoss PVG valves can be controlled manually by a handle or electronically via a proportional valve electrical actuator controller. The dual control provides security to vessel operators. If, for whatever reason, the electronics won’t work at sea, they can still manually use the valve.

Because the Danfoss valves and actuators are modular, they are easily interchanged or upgraded without replacing the entire valve stack. This makes it easier to perform repairs at sea, which is a significant benefit for operators, as every hour spent at the dock rather than fishing equals lost revenue. Furthermore, as digitalization continues to advance, shipbuilders such as Thyborøn Skibs and Motor can easily replace the actuators with the latest technology, enabling even more precise control. 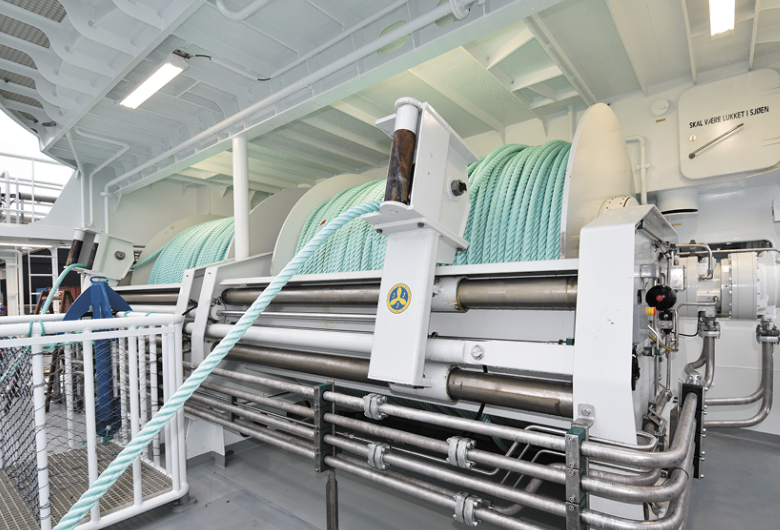 The Sulehav fishing trawler also uses ergonomic PVREL joysticks, which are capable of withstanding saltwater and the harsh conditions often found on deck. These joysticks feature a built-in switch for external equipment and can directly control the PVG valves. The PVREL joystick forms part of a sophisticated onboard steering system capable of handling all functions on the ship directly from the wheelhouse.

Danfoss offers a number of other products for marine applications. The D1P axial piston pump integrates with the load-sensing PVG valves. A load-sensing LS hydraulic hose connects the D1P pump and PVG valves. When the PVG valves activate, a signal sent through the LS line tells the D1P pump exactly how much oil and pressure the operator needs and regulates this demand.

One of the latest additions to Danfoss’s range of marine products is the PLUS+1 DM430M display, which comes precertified by the American Bureau of Shipping (see article on page 8). This certification means that customers do not need to independently test and document its performance, significantly streamlining its time to market. The display also meets strict electromagnetic emissions requirements. Specifically designed for use in marine applications, the display underwent salt mist and IP66/67 testing to hold up to the high seas and all weather conditions with the same viewability and reliability as seen in applications in other sectors, such as off-highway. The DM430M display operates digitally, allowing up to six extra inputs to be added without an additional I/O module. The display can be paired with other Danfoss propulsion systems on the navigation bridge, cranes, winches, or other areas.

The marine sector is under constant pressure to modernize and become more efficient. Global organizations and government bodies constantly increase the number of regulations relating to areas such as fishing and emissions.

Switching to alternative, cleaner modes of power such as hydrogen or electrification may not yet make commercial sense for some shipyards and operators. However, it is clear that the vast majority are looking for ways to improve the efficiency of vessels without requiring massive alterations to existing designs. Unlocking the power of modularity could pave the way for greater standardization across the industry.