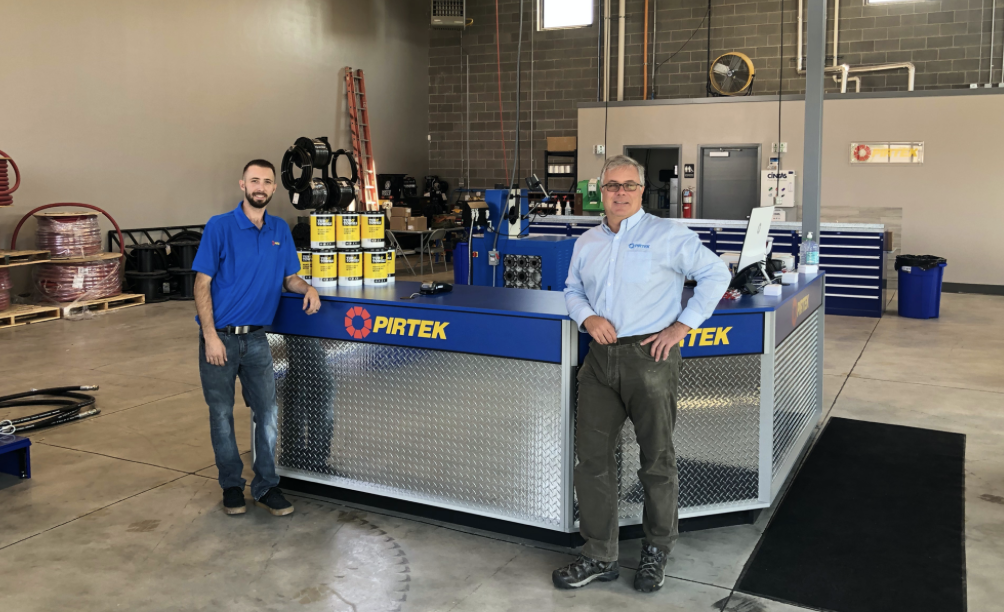 The three franchises are almost evenly spaced along major freeway I-15, which cuts straight through the center of Salt Lake City. PIRTEK Clearfield is north of the city, PIRTEK Salt Lake City is centrally located near downtown businesses, and New PIRTEK Lehi is strategically positioned south of the city at 1550 North State St., Lehi.

By rounding out his coverage area with the new center, Miceli and his team of mobile service technicians can better serve his existing customers. Large construction companies that rely on his team to keep them operating and call for help three to five times per day have equipment and job sites scattered throughout the city.

PIRTEK Lehi opened as a tier 1 business under PIRTEK’s franchise structure. This requires a franchisee to have a full service and supply center staffed with six team members and at least two mobile service vehicles. PIRTEK’s tier 2 option enables entrepreneurs to start a franchise at a lower point of entry. Under tier 2, a franchisee can keep the inventory in a small warehouse or storage facility and lease two vehicles. While tier 2 owners are expected to advance to a tier 1 location in three years, they also have the option of bypassing this step to open as a tier 1 model from the beginning.