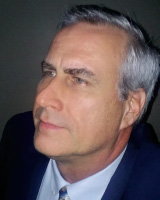 Robert Post is application engineer for Bailey Hydraulics, Inc., In Knoxville, Tenn. He graduated from the Pennsylvania State University with a degree in Mechanical Engineering. Influential and supportive people in Robert’s career encouraged him to pursue and achieve the Hydraulic Specialist certification and a position on the IFPS Board of Directors. His work experience includes exposure to a wide variety of mobile hydraulics equipment, including earth-moving equipment, refuse trucks, and fork lifts.

How did you get started in the fluid power industry?

My career started in the 1980s developing construction equipment. A hydroelectric clamshell bucket was built to replace the pulleys and wire rope commonly found in such devices. I didn’t design that bucket, but I prepared the documentation and manuals. I was fortunate to work with a millwright, Ted Rathburn, to assemble and test this new product. Ted’s patience and explanations fueled my curiosity. I was very intrigued and learned as much as possible about the hydraulic components and their interaction before the bucket shipped. On a follow-up visit to the customer site, I was able to watch the hydroelectric clamshell bucket work in a high-volume sand-casting plant. That was a rewarding experience that few young engineers are afforded.

How and why did you get involved with the IFPS?

I became involved in the IFPS so that I can help others get the same feeling of accomplishment that I received years earlier. This was my way of thanking Ted and giving back to the industry.

Why did you decide to pursue IFPS certification, and how has it helped your career?

My boss asked me to consider certification because he knew it was the best way to verify my experience. Years passed before I actually took the exam, but I am so glad I did. My resume shows hydraulic exposure, but certification provides credibility and confidence for me and for my employer.

What have you learned so far by working in the fluid power industry?

I’ve learned that fluid power is growing smarter and more efficient all the time. As controls advance, so do the applications for hydraulics. Not so long ago, aircraft control surfaces were manipulated by cables. The combination of fluid power density and electronic controls continue to develop in other applications, such as earth-moving and mobile equipment. Advanced and highly precise movements can be controlled via satellite if you so choose.

Where do you see the fluid power industry heading in the next 10 years?

I see continued improvements in efficiency, power density, and performance. However, to achieve those gains, we must identify new technicians and engineers. This field has always been an under-staffed profession. As the current group ages out of the workforce, it is very important to locate and develop our replacements.

What advice would you have for someone starting out in the industry?

What are some of your hobbies and interests?

I enjoy building automotive engines, restoring and racing. That seems to be a common hobby in this field.

What would people be surprised to learn about you?

People might be surprised to learn that I am an aquaponics gardener. Fluid power plays a supporting role, of course, but the fish and plants do the work.