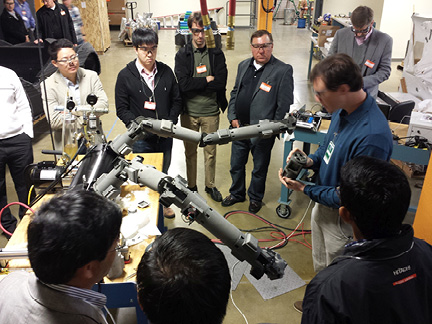 Mark your calendars! The next Fluid Power Innovation and Research Conference (FPIRC) will be held October 14-16, 2015, at the Radisson Blu in downtown Chicago, Ill.

FPIRC, co-sponsored by NFPA and the Center for Compact and Efficient Fluid Power (CCEFP), is the premier conference for fluid power industry and academic research in North America. It connects industry to university resources and talent through technical sessions, networking opportunities, laboratory tours, and panel discussions on the technologies and workforce skills needed to continue growing the fluid power industry.

This year FPIRC is being held in conjunction with the biennial ASME/Bath Symposium on Fluid Power & Motion Control (also at the Radisson Blu, October 12-14, 2015).

More information about the conference can be found at: http://nfpahub.com/events/conferences/fpirc/.