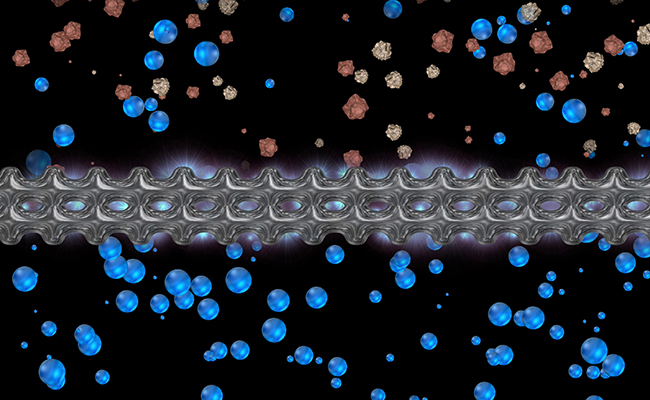 A dump truck that can’t dump isn’t worth much.

If you haven’t thought much about how hydraulic filtration products are tested, you’re not alone. Most fleet managers and equipment operators simply confirm that the filters have been installed and often don’t ask if the filter will protect hydraulic components and keep the equipment running.

If only it were that simple. If only all testing standards were equal.

For hydraulic filtration manufacturers to publish micron rating and efficiency on their filter, they need to follow ISO test standards, and performance needs to be measured by laboratory testing set to those standards. The currently accepted test standard, ISO 16889, was published 23 years ago and does not accurately reflect the real-world conditions in which a hydraulic filter has to perform. The test mimics the steady flow rate of the hydraulic pump but not the true agitating nature of the valves opening and closing and cylinders extending and retracting, which is typically a change in flow rate of up to 400%.

Hydraulic equipment often operates in environments that aren’t accurately re-created by bench tests in a lab. You can never truly re-create all the variables and stresses that, say, a construction site might throw at a hydraulic system, and previous standards didn’t require testing procedures that came close to mimicking those variables. Filter manufacturers can now mimic those parameters per the new ISO test and evaluate filter efficiency, capacity, and the capture and retention of dirt particles with dynamic flow rates reproducing real-world conditions. With the 2021 industry ratification of ISO 23369, lab testing to this new standard now replicates real-world filter working conditions more accurately. That means that yesterday’s Beta efficiency hydraulic filtration technology needs to improve to perform well in today’s Alpha efficiency test standards.

In the past, filters were rated to hold or retain a specific amount of contaminant, but that amount didn’t consider how much contaminant the filter would actually retain under stress or during stops and starts. It turns out that hydraulic filters that are exposed to varying flow and pressure rates are less efficient than previous lab test methods indicated.

To put this in more visual terms, fill a glass of water with dirt or silt. Eventually, the dirt settles on the bottom and the water appears to be mostly clear. Now bump the glass slightly, and see how the water clouds up a bit. Now imagine that the glass is constantly being jarred and jostled in unpredictable ways. The bottom of the glass is a hydraulic filter that meets previous ISO standards. It’s great at keeping the dirt out of the fluid under ideal conditions, but add a variable like flow fluctuation and it releases some of the contaminants.

Filtration products designed and tested to standard ISO 23369 will be much better at keeping the dirt out of the fluid under stress, thanks to the required cyclic flow tests and “capacity under dynamic flow” tests. 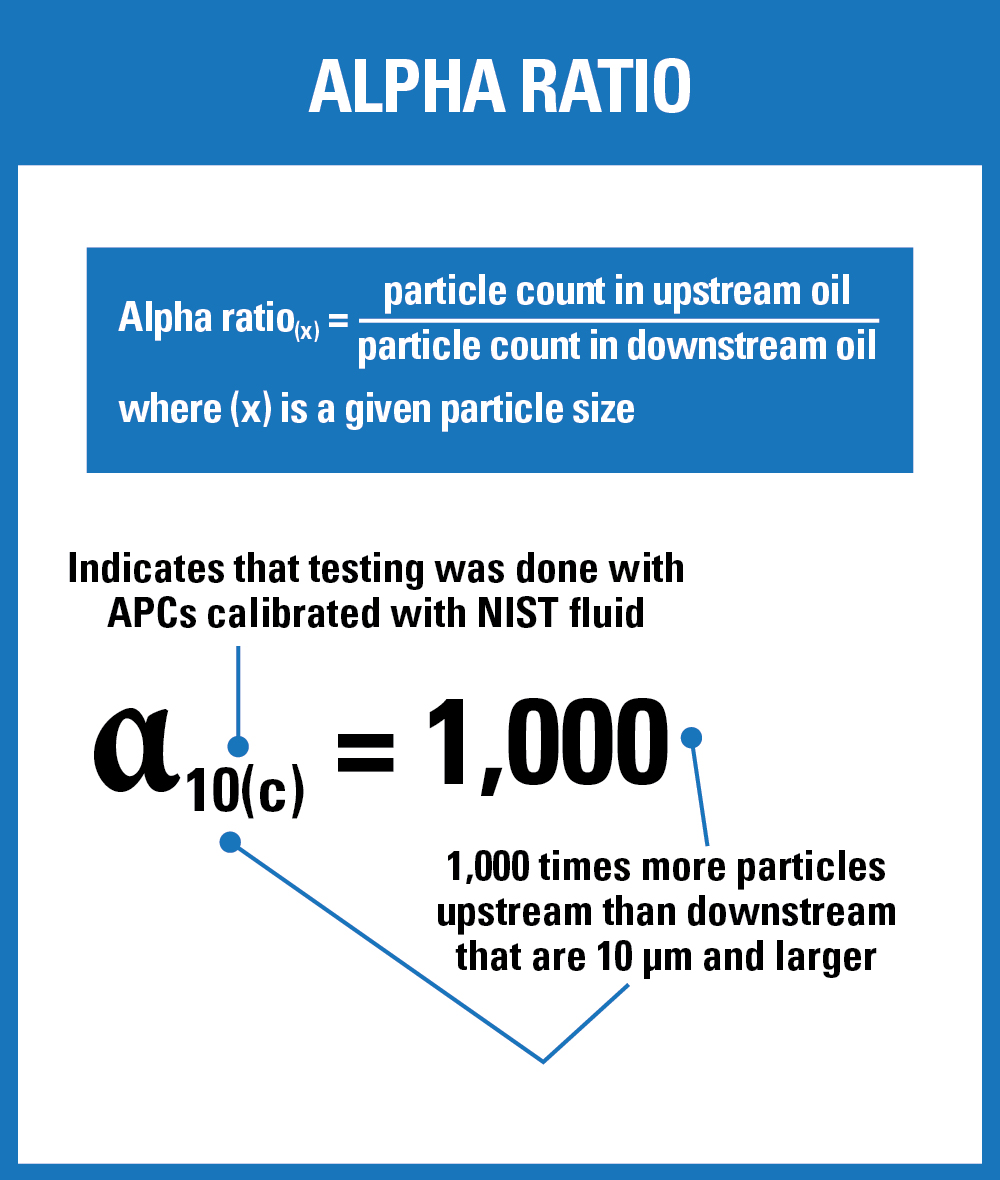 For fleet managers, a hydraulic filter must capture contaminants of a specific size at a specific efficiency. If it can’t, the equipment fails eventually. But how do you tell what that particle size and efficiency should be? The new ISO standard goes a long way toward being a guiding light, but not every filter is designed to perform under the new standard.

In general, a premium filtration product offers premium results. You can tell the quality of a filter by noting the Beta ratio, if the product lists it on the can. Not every hydraulic filter manufacturer notes its Beta ratio, however, which is reason to be cautious. The old way of calculating efficiency was called “nominal,” generally meaning that the filter would capture 1 out of every 2 (Beta 2) particles that challenge it at a given size. A Beta ratio of 10 micron nominal means the filter is about 50% efficient at capturing 10 micron and greater particles. Absolute, or Beta 75, is generally regarded as 98.7% efficient or capturing 74 out of every 75 particles that challenge it at a given micron. 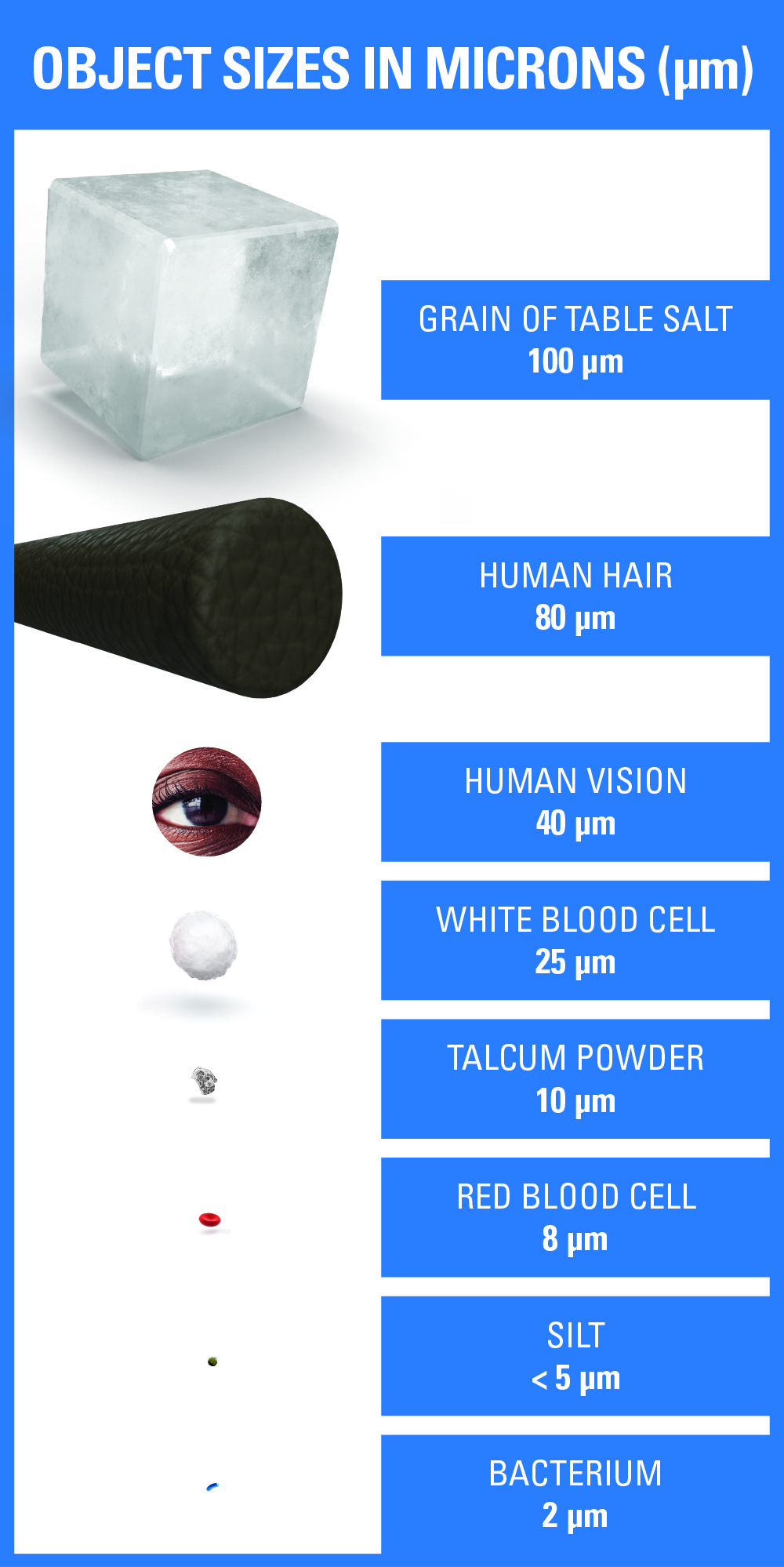 For the last two decades, most quality filter manufacturers rate their filters at Beta 200 (99.5%) or Beta 1000 (99.9%) efficiency at a given micron. With the new ISO 23369 standard, Alpha rating now identifies how efficient a hydraulic filter will be in real-world dynamic flow conditions. A Beta ratio of “10 micron Alpha 1000” captures 999 particles out of every 1,000 that challenge it with (99.9%) of 10 microns and greater in size, while the flow rate is fluctuating by a factor of 4.

Another thing to remember is that contamination always leads to more contamination. Picture a dirt particle circulating at high velocity around a system at 70 MPa (10,000 psi). It gouges or wears a component, breaks down in size, and now there are more particles. The problem grows exponentially, and a hundred microscopic particles become a thousand, and a thousand become a million. Then you’re calling the maintenance department to retrieve your excavator because a servo valve or piston is damaged. And unplanned downtime is lost revenue.

So how much is effective filtration worth to your company? How much revenue will you lose if your equipment breaks down?

Because, after all, a dump truck that isn’t dumping isn’t worth much at all.