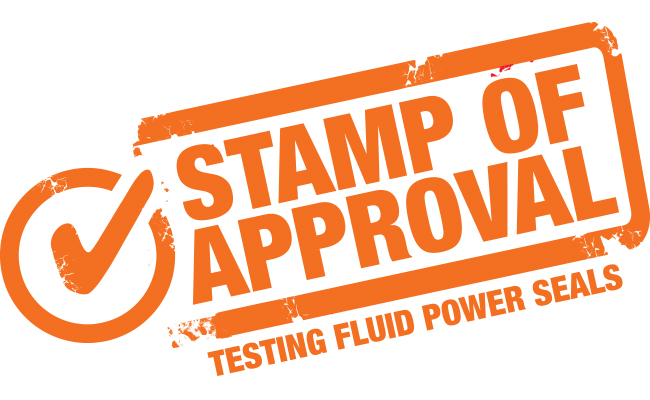 Seals play a vital role in fluid power because they allow for the containment of pressurized fluid, which produces the energy for various pieces of equipment. The premise of fluid power is based on creating this energy and involves managing or controlling it for maximum effectiveness in a wide range of applications. Therefore, understanding the demands of each application is essential to offering the best sealing solutions to keep equipment operating efficiently for as long as possible.

Seal experts make recommendations based on where the seals will be used and their knowledge of overall field performance (both good and bad) with specific seal packages. Because of the wide range of applications and ways equipment might be used, replicating field operating conditions in a test environment is complex. Though some of these conditions may be simulated, the challenge is rapidly changing the conditions during the test cycle. Having test equipment capable of making these changes is possible, but the cost of the advanced control systems and fixturing to handle millions of testing cycles is significant. Nevertheless, advances in control system technology combined with the use of some creative test fixture designs make performing these tests a reality.

So why is the testing of seals so important? Understanding how seals perform in a wide range of conditions allows the seal manufacturer to make and recommend better seals based on performance data. Five inputs determine how a seal will perform: size, temperature, application, media, pressure, and speed, often referred to as STAMPS (see figure 1).

By focusing on these inputs, tests can be designed to understand a seal’s capability. For example, such testing may reveal that a seal performs well at higher pressure limits only when the speed is maintained at a slower velocity. It may also find that a seal performs well at a higher temperature when the appropriate viscosity fluid is used to assure proper lubricity at the sealing lip. All this data provides a clearer picture of the strengths and weaknesses of a seal, making the selection of a seal package much easier and the life expectancy of that package much clearer.

Hallite has invested in expanding its test capabilities at the company’s Hampton, U.K., facility and in partnership with the Milwaukee School of Engineering and OEMs. As a result, durable test equipment has been designed to replicate application conditions consistently. We will consider findings from three critical areas: surface finish, oil viscosity, and seal lip temperature using infrared technology.

Surface finish. Testing revealed how exposure to various conditions impacts a seal’s performance and overall life. An example is the dynamic hardware’s surface finish impact on seal function and life. Testing confirms that all surface finish factors must be considered to ensure the best seal life and performance.

Ra was considered the essential factor in the past, with little or no consideration given to Rz or RMR (see figure 2). Extensive testing has shown that having an Ra that is considered acceptable with an Rz that is above the recommended level will impact overall seal performance. Running seals on surfaces with a low Ra (too smooth) will cause the seal not to perform as expected. Smoother surface finishes would have both a low Ra and low Rz, which, in theory, should enhance seal life as the surface is not rough and causes micro tearing at the sealing lip. However, having a dynamic surface that is too smooth does not allow proper boundary lubrication to get to the sealing lip, causing it to overheat, resulting in premature wear. Testing has quantified how both conditions (e.g., surface finish too rough or too smooth) impact the seal’s performance.

Oil viscosity. Hallite testing has also revealed that using the proper viscosity oil may significantly impact seal life. Most of the seal testing (piston and rod seals) occurs at either 185°F or 212°F (85°C or 100°C) fluid temperature using an ISO 46 oil. A set of tests revealed that a seal performed well at 185°F (85°C) but less effectively at 212°F (100°C). As an experiment, the oil was changed to an ISO 220, which maintains a much higher viscosity level at higher temperatures. The test revealed that the seals that did not perform well previously at 212°F (100°C) were now able to seal effectively at this temperature. It was concluded that the media or fluid provided proper lubricity, which kept the sealing lip from overheating during the test (see figure 3). 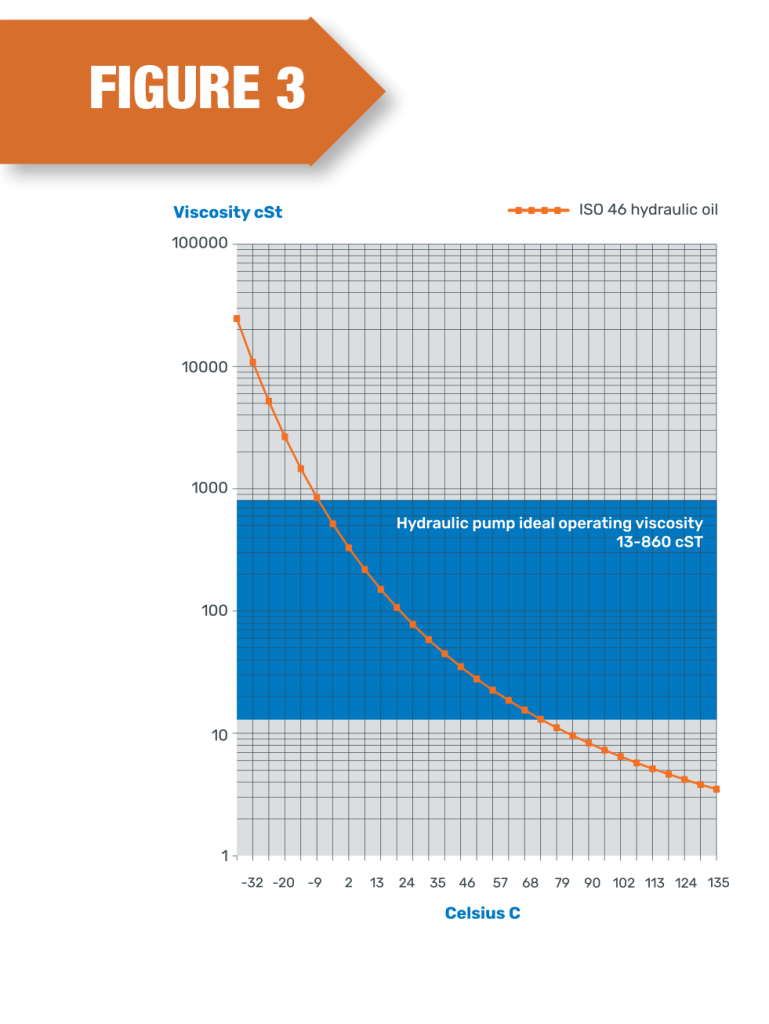 Seal lip temperature. Understanding the effectiveness of media in providing proper lubrication led to other questions on mapping temperatures of the seal in operation. Both rod and piston seals have a minimal contact point to the dynamic surface that is referred to as the sealing lip. Because this area is so small, the testing team postulated there would be a noticeable temperature difference compared to the temperature of the media, but they had no idea what that would be. Rotary fluid power seals typically present a difference of 80-90°F (27-32°C), which can be measured as the shaft rotates.

Since the test focused on hydraulic cylinder seals, the team had to find a way to install sensing equipment on or near the sealing lip, which was difficult. Working with MSOE, a state-of-the-art test method was developed using infrared technology to measure sealing lip temperature. Using a rod seal, the test methodology mapped out temperatures of the media, rod, and sealing lip of the rod seal to assess the frictional heat generated at that location. As a result, the industry now has a platform to understand better how oil viscosity impacts sealing lip temperature, providing the expertise to recommend the optimum seal solution, minimizing heat and frictional wear.