Stressed Out: Extending the Life of Hydraulic Cylinder Position Sensors 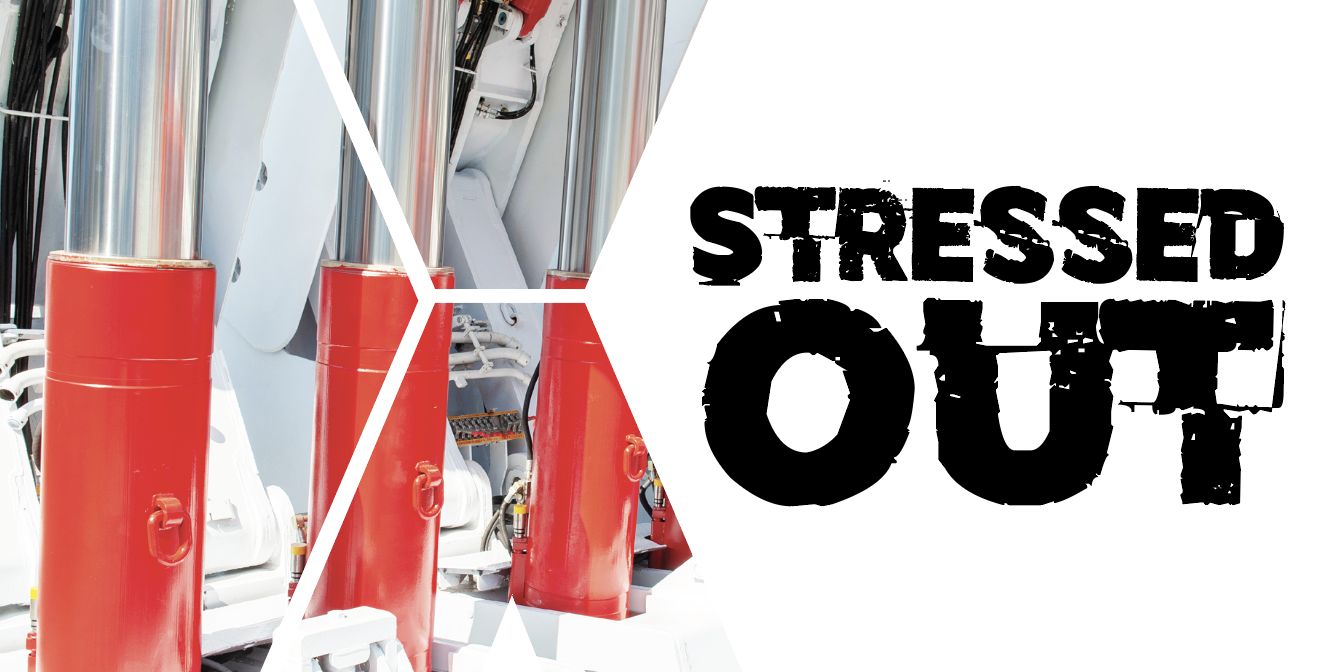 Magnetostrictive linear position sensors are the dominant technology for hydraulic cylinder position feedback. They are preferred over alternatives due to their high accuracy, wide variety of electrical interfaces, signal stability across temperature variation, wear-free operation, and tolerance of shock and vibration. This makes them popular in a wide range of industrial hydraulic applications for smart cylinders and servo-hydraulic systems.

Despite the inherent ruggedness of the sensors, adverse operating conditions in industrial applications can stress and sometimes exceed the survivability of standard product offerings, resulting in premature sensor failure and shortened preventive-maintenance intervals.

Fortunately, specialized product variations can deliver a longer and more reliable service life under adverse operating conditions. And best practices for installation and mounting can also help alleviate exposure to the most damaging effects of application environments.

High temperatures are a fact of life in industrial processes such as steel making, with ambient environments that can destroy electronics. Solid-state electronic components are stressed by elevated temperatures and can fail at much higher rates than they would at room temperature.

To protect against heat, first evaluate what can be done to reduce the sensor’s exposure to it. To combat conduction, try to locate the sensor as far as possible from the heat source. If practical, install insulators to isolate the sensor mechanically from direct contact with hot objects. Alleviate convection by installing guards or deflectors to block hot air from the sensor housing. Often these same guards aid in blocking radiating infrared energy, but keep in mind that with prolonged exposure, energy will get through and be reradiated on the back side. If the heat source is intermittent, such as a passing red-hot slab of steel on rollers, the heat only needs to be blocked for a few seconds to protect the sensor.

Next, be sure to specify the right kind of cylinder position sensor for hot applications. Standard cylinder sensors typically have a maximum specified temperature rating of 75°C (167°F), but enhanced variants can withstand up to 100°C (212°F). Don’t forget that many standard cable materials will melt or break down quickly at higher temperatures, so it’s important to use specialized cable jacket materials such as PTFE that can withstand up to 200°C (392°F). Another strategy is to insert a double-ended cordset between the sensor and the home run cable. If this short sacrificial cable becomes damaged, it can be quickly replaced without the time-consuming task of pulling a new home run cable.

Finally, it may be that the hot environment is just too severe for any electronics to survive for very long. In these cases, place the sensor in a protective enclosure designed for air purge or water-jacket cooling.

In some industries, particularly oil and gas, operations are conducted in arctic or subarctic regions where temperatures can fall to -40°C (-40°F) or lower. At these temperatures, polymers intended to remain pliable, such as O-rings, gaskets, cable insulation and outer jackets, and sensor element damping materials, can become brittle. Semiconductor materials start to lose conductivity and circuits can behave unpredictably.

Special hydraulic cylinder sensors designed to operate in temperatures as low as -50°C (-58°F) are available. These products feature polymer materials designed and specified to operate down to those temperatures. To combat electronic malfunction under these conditions, the manufacturer may specify that power should remain applied to the electronics at temperatures below -40°C (-40°F). The heat dissipation of the electronics themselves keeps them within normal operating limits.

Standard cylinder position sensors are typically constructed with a stainless steel flange and an extruded-aluminum housing secured by a few screws. In cases where the housing may be exposed to physical impact, such as a falling log in a lumber mill, standard sensors can easily be damaged.

There are three basic approaches to improve survivability to a mechanical impact.

Many industrial hydraulic cylinder applications involve large forces and heavy loads that can generate substantial amounts of shock under normal or abnormal conditions. Shock is defined as a rapid acceleration or deceleration transient and can occur axially or radially relative to the cylinder position sensor depending on the application.

Typically, hydraulic cylinders deliver or absorb axial shock along their linear axis of operation. Trunnion-mounted cylinders often generate radial shock, such as infeed rollers coming down on a log in a lumber mill as they pivot in their mounting.

If an application is suffering from a high sensor failure rate due to shock, the first step is to determine if the hydraulic control system can be optimized to reduce the generation of shock. For example, can the motion control profile be tuned to deliver less violent acceleration or deceleration? Can the motion profile be adapted to enable softer starts and stops? The key to reducing shock is to reduce the peak amplitude of the g forces and stretch out the time of the transient so that the acceleration gradient is less severe. A 100-g peak shock delivered over 6 milliseconds is less severe than a 100-g peak shock delivered within 3 milliseconds.

Once the application has been evaluated and optimized to minimize shock generation in the first place, the next thing to do is look for sensors with enhanced shock specifications. The minimum specification should be 100 g, with preference given to products rated up to 150 g. For even more severe applications, consult the sensor manufacturer regarding specially engineered versions.

Don’t forget that the extra mass of a sensor-mounted quick-disconnect connector can sometimes be a vulnerability under severe shock. Combat broken connectors with so-called pigtail or inline connectors that have a flexible cable coming out of the sensor that goes to a quick-disconnect a few inches or feet away. 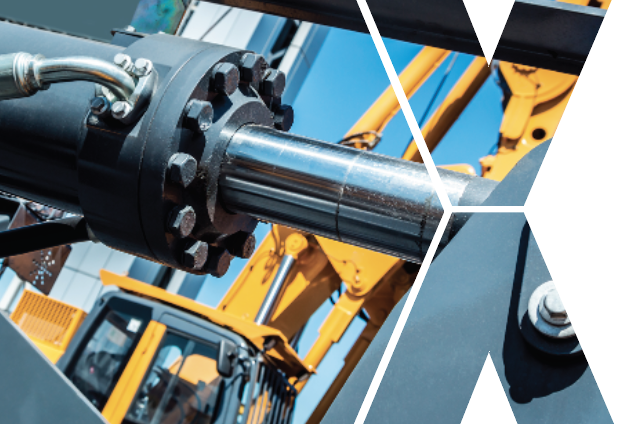 Vibration is also ever-present from motors, rollers, and moving materials. When combined with heat or thermal shock due to ambient temperature fluctuations, vibration can rapidly age electronic components and internal connections, leading to early failure.

Vibration mitigation can be difficult or infeasible for cylinder position sensors in most cases, so enhanced sensor design is required to improve sensor survivability. An effective design and testing methodology for achieving sensors that can withstand extended exposure to vibration is called highly accelerated lifetime test (HALT).

Products undergoing HALT are subjected to accelerated aging during their development to uncover weak points early so they can be eliminated. The samples are subjected to ultralow and ultrahigh temperature soaking as well as rapid, extreme temperature changes. The temperature range can extend from -100°C to 200°C (-148°F to 392°F) with a temperature gradient of up to 70 K/min. This is followed by vibration testing up to maximum levels of 50 g. The repeated cycles of temperature and vibration testing are continued until the test unit finally reaches its limit and is destroyed. The goal of the design team is to extend as long as possible the period of time until ultimate failure.

Look for sensors with excellent specifications for vibration. EN 60068-2-6 provides a good standard of 20 g with a frequency sweep from 10-2000 Hz.

Applications in which there is continuous exposure to liquids like water, coolants, and oils eventually overcome the housing gaskets found on many standard sensors rated to IP67 or less. Standard sensors are designed to withstand liquid ingress for a specified period of time but are not rated for constant immersion or exposure to wet conditions.

As always, mitigation is an effective approach; try to locate sensors out of wet areas or provide effective splash guards. When exposure to liquids can’t be avoided, select sensors with enclosures rated IP68 or IP69K. IP68 means that the manufacturer is offering immersion protection beyond IP67 (consult the manufacturer for details) and IP69K means that the sensor is rated for pressurized washdown. Some sensor housings are hermetically welded to provide a 100% leak-proof assembly.

Be aware that the cable can represent a vulnerability to liquid ingress. If the cable jacket is cut and liquid enters, it can travel inside the cable and end up inside the sensor housing. It’s a good idea to install protective tubing over the cable to ensure it remains intact in case of incidental contact or abrasion in the application.

Chemicals present in the environment can lead to problems with sensor-housing corrosion. In particular, aluminum housing components can be compromised by prolonged exposure to corrosive elements. Common examples include road salt, seawater, airborne sea spray, acidic food juices, and other contaminants.

The recommended housing material to alleviate most concerns about corrosion is stainless steel. For typical conditions, standard grades 303 and 304 stainless steel are sufficient.

Standard cylinder position sensors are rated for hydraulic pressures up to 600 bar (8,700 psi). However, some compact mobile hydraulic systems run at higher pressures, as do heavy-lift systems used, for example, in civil engineering projects. Special high-pressure cylinder sensors are available rated up to 1,000 bar (14,500 psi) to ensure that the system remains safe and operational at elevated system pressures. Be aware that the outer diameter of the pressure tube surrounding the sensor element is necessarily larger – 12.7 mm (0.5 inches) vs. standard units at 10.2 mm (0.40 inches) – so it requires a larger gun drill in the cylinder rod and a target magnet with a larger inside diameter. Also keep in mind that the hydraulic port size of
M22x1.5 is larger vs. the standard ¾-inch-16 UNF or M18x1.5. These differences in mechanical details need to be communicated to the cylinder manufacturer at the time of specifying and ordering, or a standard sensor-prepped cylinder might be delivered.

To combat the consequences of sensor failure in critical applications, system designers have a number of options to help keep operations running despite a failure or to get failed units back online quickly. Here are three common approaches:

Another rapid repair strategy: Install a sensor with redundant outputs, but connect only one channel for control. Cover the unused connectors to protect them while not in use. If the control channel fails, simply move the connecting cable to another channel and resume operations. The sensor unit with a failed channel can then be scheduled for removal and repair during a planned preventive maintenance

Don’t put up with premature or frequent cylinder sensor failure due to adverse conditions in industrial applications. Careful attention to the application conditions and matching the sensor to application requirements can alleviate or eliminate issues related to sensors failing. When failures do eventually occur, strategies such as redundant sensors, sensors with redundant outputs, or sensors designed for rapid repair can help maintain production uptime.